A spokesman said the pair got engaged in the beach town of Mahia on the country’s North Island but declined to give further comments, after reporters noticed Ardern wearing a ring on her middle finger on Friday, according to the AP.

Gayford is a host on a television fishing show called Fish of the Day and is their daughter’s main caregiver.

Ardern, 38, met Gayford, 41, at a restaurant awards event in 2012, according to the New Zealand news website Stuff.

The pair have a child, Neve Te Aroha Ardern Gayford, who was born in June 2018. Ardern is the second elected head of state ever to give birth while in office (after Pakistan’s Benazir Bhutto) and the first world leader to bring a baby to the U.N. General Assembly.

Other government officials congratulated the couple. Simon Bridges, leader of the country’s National Party sent her well-wishes on Twitter.

The Prime Minister has received praise for the leadership she has shown since a gunman opened fire on two mosques and left 51 people dead in the city of Christchurch on March 15. In the wake of the attack, she quickly pushed through regulations banning assault weapons, and she has spearheaded efforts to end online extremism.

Ardern was named as one of TIME’s 100 Most Influential People of 2019. 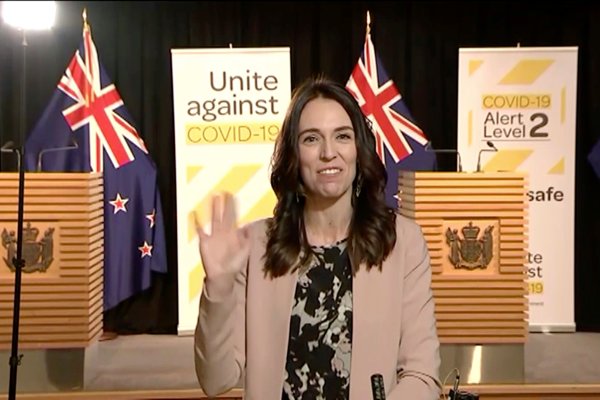