Thailand Is Crowning a New King for the First Time Since 1950. Here's What You Need to Know

For weeks, officials in Thailand have been collecting water from sources across the country’s 76 provinces between the auspicious hours of 11:52 am and 12:38 pm every Saturday. This weekend, the sacred fluid — stored in traditional vases in the lavish Grand Palace at the center of the capital Bangkok — will be used to “purify” King Maha Vajiralongkorn, or Rama X, as he ascends the throne in a coronation ceremony that is considered Thailand’s most important event of the year — and perhaps the century.

The last time the country crowned a new king was in 1950, so for most Thais this will be the first coronation of their lifetimes. King Maha Vajiralongkorn inherits the throne from his father, King Bhumibol Adulyadej, who during his 70-year reign was widely revered and seen as a unifying force in the country. Bhumibol died in October 2016, marking the start of a year-long mourning period across Thailand. Vajiralongkorn, the King’s only son, took the throne in December, but the formal succession was delayed as he asked for more time to grieve.

It is unclear what kind of influence the new King Vajiralongkorn will wield over Thailand’s future. The country has long been politically divided, and its first elections since a 2014 military coup were held in late March in the lead-up to his coronation. The military-backed party won, entrenching the army’s lasting grip on power, though the palace retains ultimate authority. Since the army took power, Thailand has tightened its control over political dissent and clamped down on free speech. There has also been a sharp rise in criminal defamation cases, particularly lèse majesté; Thailand has one of the world’s strictest laws outlawing insults to the crown.

What will the coronation ceremony entail?

The elaborate three-day ceremony, which is estimated to cost the Thai government $31 million, combines Buddhist and Hindu Brahmin rituals. The crowning will take place at the Grand Palace on Saturday, May 4. It will include several ceremonial rites such as the seating of the king on an octagonal throne as eight people, including members of the royal family and Prime Minister Prayuth Chan-ocha, pour the sacred water into his hands.

On Sunday, the newly crowned king will greet the public in a 4.3-mile long royal procession; elevated on a gilded palanquin, he will be carried by soldiers from the Grand Palace and around the historic old quarter of the country’s capital. Military men in traditional garb will march in step, some taking to the streets on horseback, before a light and sound show, and a drone display, take the evening away.

The festivities do not end there — Monday has been declared a public holiday, and the king plans to greet the public from the balcony of the Grand Palace before meeting Thai and foreign dignitaries.

What do we know about King Vajiralongkorn?

Vajiralongkorn leads a very private life, rarely makes public appearances and spends much of his time abroad. The 66-year-old studied in the U.K. and Australia, and later served as a career officer in the Thai military where he trained with western forces, according to Agence France-Presse. He has a passion for flying and enjoys piloting his Boeing 737 aircraft in Bavaria, where he also owns a number of lavish residences.

The new king isn’t entirely without controversy. In 2016, a video surfaced of the royal walking through a shopping mall in Germany wearing a crop top and revealing his tattoos. The clip was taken by a Thai citizen who recognized the king, and prompted Facebook to block users in Thailand from viewing it after pressure from the conservative kingdom’s authorities. He also famously owned a poodle, Foo-Foo, to which he was so endeared that he appointed him as an Air Chief Marshall. U.S. diplomatic cables dated 2009 and published by WikiLeaks described Vajiralongkorn as “long known for violent and unpredictable mood swings.”

His relationships have also been the subject of much interest — he has been divorced three times, and in 2014 several family members of his most recent divorcee, Srirasmi Suwadee, were jailed over allegations of royal insult, abuse of royal connections, theft and bribery.

The king has a new queen — who is she?

Earlier this week, the official palace gazette confirmed that Vajiralongkorn is now legally married to a former air stewardess for Thai Airways, making her his fourth wife. Suthida Vajiralongkorn Na Ayudhya reportedly met the king on a flight some years ago and he later appointed her to his security detail. In December 2016, she was promoted to the rank of general in the Royal Thai army, and has also been the recipient of a number of royal honors.

Suthida had been in the public eye prior, but little was known about her and the news that she had married into the lineage came as a shock to many. According to media reports, the 40-year-old graduated from a private university in Bangkok, where she studied communication arts. 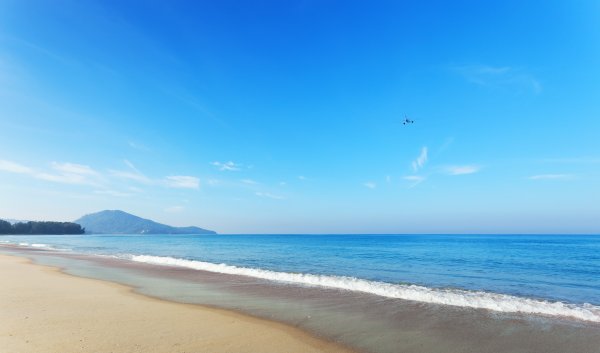 Couple in Hiding After Attempt to Establish Community at Sea
Next Up: Editor's Pick