When the seven boys of BTS — the juggernaut K-pop group that has made chart history — dropped by the 2019 Billboard Music Awards, they were guaranteed to make a splash on the red carpet and on the stage for their performance of latest single “Boy With Luv” with Halsey. They also ended up taking home awards for Top Duo/Group and Top Social Artist, delivering a thoughtful speech from the stage.

They clearly had fun while they were at it, too, as fans have happily documented. From eating popcorn to hamming it up for the cameras, RM, Suga, J-Hope, Jimin, Jin, Jung Kook and V had a great time at the MGM Garden Arena in Las Vegas on May 1.

This is not the first time BTS has popped up at the BBMAs; they made their first major U.S. awards show appearance at the same event back in 2017 and performed at it again in 2018, kicking off a spree of musical releases and U.S. exposure. The group, which was also part of TIME’s list of 100 Most Influential People this year, set a K-pop record when their April album Map of the Soul: Persona debuted atop the Billboard charts, earning them their third number one album in the space of a year.

At the BBMAs, their celebration seemed in full swing. And other celebrities and fellow artists joined in: BTS shared photos with fellow stars including Drake, Madonna, the Jonas Brothers and Cardi B during the evening’s festivities. They kick off their stadium tour this week in California. 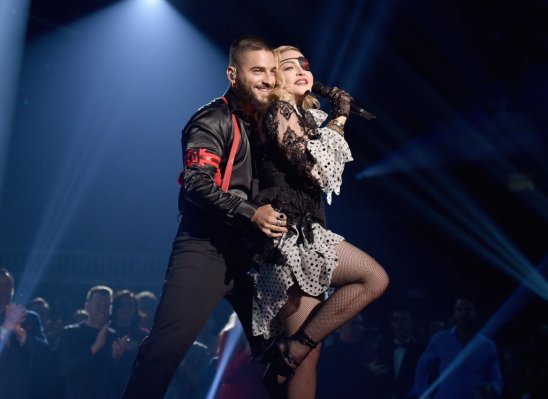