A Scientology Cruise Ship Has Been Quarantined for Measles. Here's What to Know

The Freewinds cruise ship is docked in the port of Castries, the capital of St. Lucia on May 2, 2019. Authorities in the eastern Caribbean island have quarantined the ship after discovering a confirmed case of measles aboard.
Bradley Lacan—AP/Shutterstock
By Tara Law

The Church of Scientology’s cruise ship Freewinds with 300 passengers aboard has been quarantined in port by the Caribbean nation of St. Lucia for measles after a female crew member was diagnosed with the highly contagious, preventable disease.

MarineTraffic.com lists the vessel in port at St. Lucia as the Freewinds. A ship with that name is owned by a Panamanian company linked to the Church of Scientology. NBC News also reported that a St. Lucia coast guard official confirmed that the quarantined vessel belonged to the church.

The Church of Scientology did not respond to TIME’s requests for comment.

St. Lucia is providing the ship with 100 doses of measles vaccine at the request of the ship’s doctor, St. Lucia’s Department of Health and Wellness said in a statement. The ship’s doctor is currently monitoring the condition of the ship’s crew and passengers.

“Given the highly infectious nature of Measles, along with the possibility that other persons onboard the vessel may have been in contact with and are now possibly infectious due to this disease, a decision was made not to allow persons to disembark. This decision to [quarantine] the ship is in keeping with the health laws of St. Lucia,” the St. Lucia health department said.

Neither the passengers nor the ship’s crew are permitted to disembark, officials say. St. Lucia learned about the crew member’s condition from a International Health Regulation focal point official in the Dutch Caribbean and then verified the diagnosis through other health agencies, the St. Lucia health department said.

The ship is permitted to leave the port if it chooses to, Merlene Fredericks-James, St. Lucia’s chief medical officer, said in a statement.

Scientology does not have an official position on vaccines, Rev. John Carmichael, the president of the Church of Scientology in New York, said in an interview with Beliefnet. However, the church emphasizes the “harmful effects of drugs, toxins and other chemicals that lodge in the body and create a biochemical barrier to spiritual well-being,” according to its website. Some prominent opponents of mandatory vaccinations, including Kirstie Alley and Jenna Elfman, are also Scientologists.

The Freewinds plays an important spiritual role for Scientologists, according to the church. Passengers receive training and the spiritual practice of “auditing.” The ship is staffed by members of the Sea Organization (Sea Org), an order of Scientologists who have agreed to “work long hours” and “live communally” for the church for life, in exchange for housing and other benefits, including an “allowance to purchase personal items.”

“To a Scientologist, boarding the Freewinds for New OT VIII is the pinnacle of a deeply spiritual journey. Years of training and auditing have brought him to this ultimate point. It is the most significant spiritual accomplishment of his lifetime and brings with it the full realization of his immortality,” the church’s website says.

St. Lucia, which became independent from the United Kingdom in the 1970s, can decide to either detain the ship or let the vessel go says John Paul Jones, a professor emeritus law at the University of Richmond School of Law who has taught maritime law. If the country asks the ship to leave, the vessel would then return to the nearest international port of the country where it is registered.

The vessel’s home port is Curaçao, a Dutch Caribbean island, but it sails under a Panamanian flag, according to MarineVessels.com.

“They’re subject to the sovereignty of St. Lucia,” Jones says of the ship. “To the extent that St. Lucia has the ordinary range of public health laws that everyone else in the Caribbean has, I’m sure that there is national legal authority for [quarantine] and no international objection to it.”

Although measles was declared eliminated in the United States in 2000, there have been a number of outbreaks in recent years in part because growing numbers of children have not been vaccinated. This year has already broken infection records. As of April 26, 704 people have contracted measles in 22 states – the greatest number of measles cases reported in the U.S. since 1994.

Arthur Caplan, the head of the division of medical ethics at the New York University School of Medicine, told TIME that in a high-risk situation like a quarantine, officials can be be “more aggressive and compulsory” with vaccination.

“Measles is not only highly contagious, but people are asymptomatic for a few days and can still spread it,” Caplan says. “That’s what makes it so troubling in terms of trying to be aggressive once you have an outbreak. It’s partly due to this stealth factor. That weighs into the moral equation.”

Measles has an incubation period of about 10 to 12 days, according to the CDC.

Experts say that the anti-vaccination movement, which has often spread information that defies scientific consensus, has eroded public trust in vaccinating children. Anti-vaccination advocates have particularly campaigned against the MMR vaccine, which inoculates children against measles, mumps and rubella, arguing that the vaccine causes autism. Scientists have found no evidence that the vaccine causes autism.

–– With reporting by Jamie Ducharme 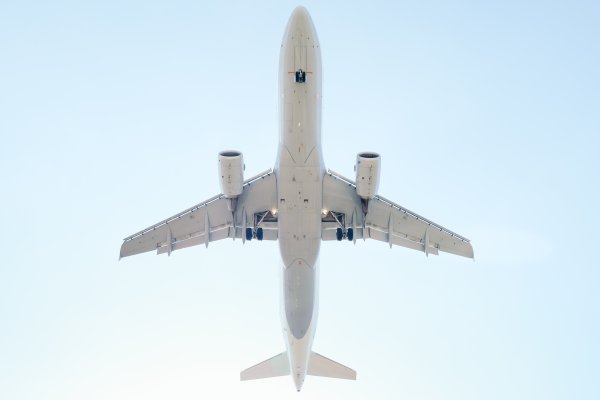 A Flight Attendant Has Reportedly Died Months After Contracting Measles
Next Up: Editor's Pick