There’s a bittersweet tinge to HBO’s chronicle of what may be the most extensive sexual-abuse scandal in sports history. The network’s new documentary At the Heart of Gold: Inside the USA Gymnastics Scandal introduces us to a handful of the hundreds of young women–from local gymnasts to university athletes to Olympic team members–who were sexually abused over nearly two decades by Larry Nassar, a team doctor for USA Gymnastics. Nassar is now serving up to 175 years in prison for his criminal behavior, but for the survivors, the story isn’t quite over.

It can’t be, as they make clear in the film, since the damage caused by Nassar’s abuse has left lasting emotional scars. The documentary doesn’t fully answer the question of why Nassar wasn’t banned from working with athletes after his abuse was reported as early as 1997, nor that of why the organizations these girls and women trusted with their careers and their personal safety didn’t do more to protect them. In nearly all of the cases, the girls were sent to see Nassar to treat injuries by people they trusted: their coaches and trainers at both USA Gymnastics (USAG) and Michigan State University (MSU), where he also worked. (USAG still faces multiple lawsuits by gymnasts, and could lose its status as a national governing body for its inaction.)

Nassar’s sentence is a Pyrrhic victory at best, stinging all the more since, in the opinion of the survivors, the institutions responsible still haven’t been held fully accountable. “I feel only part of justice has been served,” says Larissa Boyce, a former MSU gymnast who was among Nassar’s first victims in 1997. “Hundreds of girls who were abused–some weren’t even born yet when I reported.”

It was a culture in which perfection is the goal and gymnasts are seen but not heard that created the ideal environment for a predator like Nassar–and it’s the culture that still needs to change. When athletes, especially children, come forward with allegations of abuse, “people need to start by believing,” says Boyce. “We aren’t there yet. A lot more needs to be done.” 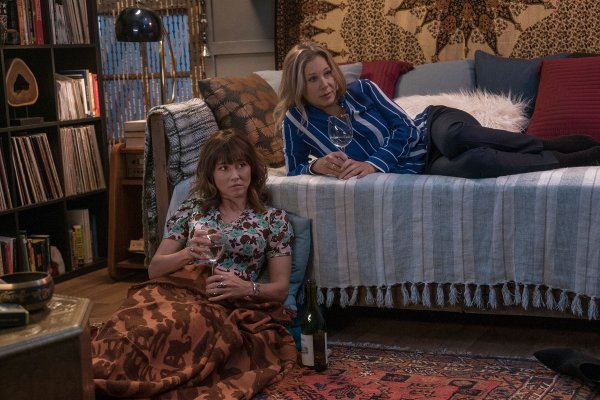 Black Comedy Dead to Me Is Your Twisty New Netflix Binge
Next Up: Editor's Pick