The U.K. Has Officially Declared a Climate 'Emergency'

The U.K. parliament declared an environment and climate emergency on Wednesday.

Jeremy Corbyn, the Labour leader who put the motion forward, called the move “a huge step forward,” according to the BBC. “This can set off a wave of action from parliaments and governments around the globe.”

The motion asks the U.K. government to achieve net-zero emissions before 2050. It also calls for government officials to come up with proposals on how to fix the U.K.’s natural environment and deliver a “zero waste economy” within the next 6 months, according to the BBC.

The state of emergency was one of the key demands of the environmental group Extinction Rebellion, which led extensive climate protests in London in April. The protests – which were joined by celebrities like Oscar-winning actress Emma Thompson and teenage climate activist Greta Thunberg – paralyzed parts of London.

Extinction Rebellion reacted to the news on Twitter, saying “this has seen them start to #TellTheTruth.”

Several U.K. cities, including London and Manchester, and Scotland and Wales have already declared climate emergencies. Although there is no single agreed definition for a climate emergency, the BBC reports that areas are working on different plans to promote carbon neutrality.

A 2018 report from the U.N.’s Intergovernmental Panel on Climate Change stated that greenhouse gas emissions would have to be lowered to net zero by 2050 to limit global warming to 1.5ºC. The report urged governments to act quickly to avert disaster.

“We pledge to work as closely as possible with countries that are serious about ending the climate catastrophe and make clear to U.S. President Donald Trump that he cannot ignore international agreements and action on the climate crisis,” Corbyn said, according to the BBC. 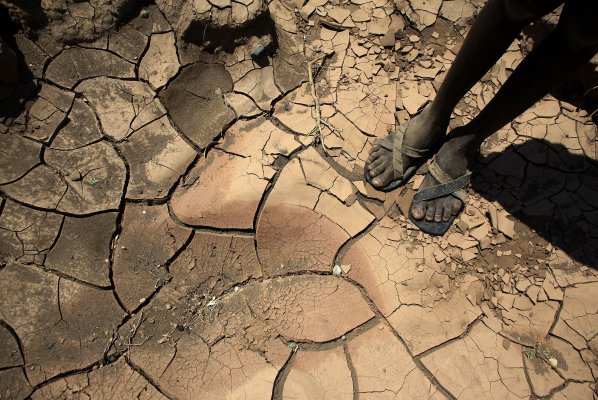