Recently, I was invited to attend a dinner for a delegation of religious leaders from Central African Republic (CAR). Seated at the table were Catholic, evangelical, and Muslim leaders, as well as those leading the relief and advocacy efforts in CAR. The purpose of the dinner was to make connections with American counterparts and to help shed light on the crisis.

Media portrayals of CAR have focused on a Christian vs Muslim narrative which distracts from the political and economic instability that led to the overthrow of the government in March 2013 and resulted in protracted violence . The conflict did not start as a religious war and as these three faith leaders demonstrate, it is not rooted in theological differences.

But the religious narrative that should be shared is the story of these three men—Dieudonné Nzapalainga, theCatholic Archbishop of Bangui; Imam Oumar Kobine Layama, President of the Central African Islamic Community; and Reverend Nicolas Guérékoyame, President of the Evangelical Alliance of the Central African Republic. They have a strong, unified desire to see peace and stability restored to their country, to protect the Muslim citizens who are fleeing the violence, and to bring reconciliation to their war-torn neighbors. They are already living out their faith in powerful ways—since December, the Archbishop has housed Imam Oumar Kobine Layama and his family because their home was destroyed. Rev. Guérékoyame asked the group to pray that the Imam and his family would be able to have a new home in order to live securely and to meet with the remaining Muslims in the country. And in fact, the Reverend himself shared that he’s often on the phone with his family because his neighborhood is being overtaken by violence.

As the night continued, the three faith leaders shared some hard truths about the conflict in their country. CAR is 180 out of 187 on the UN’s Human Development Index. Much of the violence has arisen due to political instability which has led to economic instability. There are only 20 registered businesses in the country. There is very little normal schooling. Many of the young men were recruited to join the Seleka—a loose alliance of bandits, fighters, and rebels, often from Muslim countries outside CAR—because they were promised jobs in the army. The jobs never materialized. And many of the young men involved in the anti-balaka, the largely Christian groups that formed in retaliation, are motivated because they don’t have work. Commenting on the massive unemployment that has crippled his country and contributed to the violence, Rev. Guérékoyame, pointed out, “When a young person has a way to get his daily bread, he won’t be manipulated.”

And the faith leaders are rightfully concerned about the suffering young people in their country. Archbishop Nzapalainga spoke at length about the efforts the leaders are taking to re-educate the youth in their country toward peace. “We knock on the door of their mind, which is created in the image of God and say ‘thou shalt not kill.’”

Sharing a meal with these men was a reminder of what we believe as Christians —that through the cross we’ve become part of a family and identity that transcends nationality, race, class, and political and theological distinctions.

It is a fact that it’s easy for many Christians, particularly in America, to forget. As the Rev. Guérékoyame said to the group, “We are your brothers and sisters. We’ve been wondering when you are going to help us.”

I asked the question at dinner and I ask it now here: How can we help?

The primary concern is the political instability in their country. The United States should reopen our embassy in CAR. If the ambassador had remained in the country, the decision to get troops earlier to secure the country may have been expedited. We must also request that our ambassadors to the UN fulfil the humanitarian pledges we’ve made.

It has not escaped the notice of many of us who care about this issue that 20 years ago this past Monday, the Rwandan genocide began. Approximately one million Rwandans were killed during the crisis—which was largely ignored by many in the west who failed to act sooner. Starting today, aid groups and individuals plan to call attention to CAR on Twitter using the hashtag #CARcrisis. The best way to honor the dead is to prevent other lives from being lost due to inaction.

Because our brothers and sisters in CAR are wondering, “when are you going to help us?” 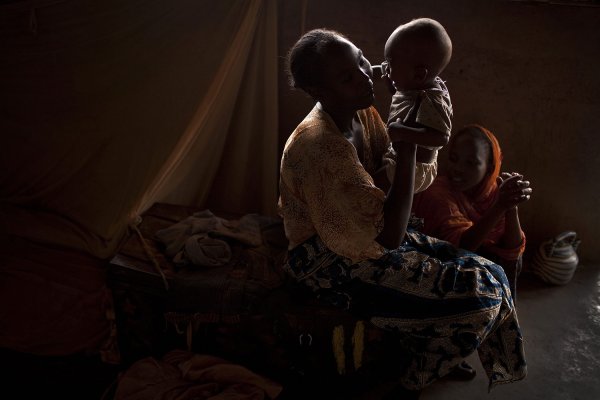