2 Dead, 4 Injured in Shooting at University of North Carolina-Charlotte

Two people have been killed and a man is in custody after a shooting at the University of North Carolina-Charlotte on Tuesday.

UNCC Chief of Police Jeff Baker said during a media briefing that two people were killed and four were injured in a shooting on the campus, which began at about 5:40 p.m. Three of the injured are currently in critical condition, Baker said.

Baker said police were preparing for a Waka Flocka Flame concert set to take place on campus when they were alerted to the shooting. Officers ran to the scene and, within a few minutes, were able to apprehend the shooter, who Baker said was armed with a pistol. Tuesday was UNCC’s last day of classes for the semester.

“Our officers definitely saved lives. There’s no doubt about that,” Baker said.

UNCC confirmed all the victims were students, according to the Associated Press and other outlets. UNCC Chancellor Philip DuBois also confirmed their identities during a radio interview Wednesday morning. Riley C. Howell, 21, and Ellis R. Parlier, 19 — both from North Carolina — were killed in the attack. The injured include Sean Dehart, 20, Drew Pescaro, 19, and Emily Houpt, 23, all from North Carolina, and Rami Alramadhan, 20, of Saihat, Saudi Arabia. DuBois said during the interview that all the injured students are expected to make a full recovery.

Tristan Field, a 19-year-old sophomore biology major, told TIME that students were delivering final presentations for a liberal studies class in the school’s Kennedy building when the shooter began his attack inside their classroom.

“We were about 10 minutes into class. Everyone’s silent, nothing’s going on. All of a sudden, without warning, no yelling, no nothing, the shots are going off.”

“It was a lot. Just one after another,” he said. “I’m confused at first, I look around, but then as more are going off I see everyone running. I get up as well and start running towards the door.”

Field said it was “chaos” as students bottlenecked at the door. People were screaming, furniture was turned over and students tripped over each other.

Field says that he never turned to look at the shooter. He doesn’t know who was killed.

Professor Adam Johnson confirmed the shooting in his classroom on Twitter, noting that “my students are so special to me and I am devastated.”

The school’s Office of Emergency Management alert students to the situation with a tweet sent out at 5:50 p.m.

Police have since declared the scene is secure and that they believe the suspect acted alone.

“He is not somebody that is on our radar,” Baker, who declined to name the suspect, said of him.

“It’s a message of unbelievable grief that we have that this came to our campus,” Baker said. “It’s something you have to prepare for today. That’s for sure.”

North Carolina lawmakers quickly responded to the shooting on Twitter.

U.S. Rep. Mark Walker also tweeted that he was “heartbroken” by news about the shooting.

The musician who was set to perform on campus, Waka Flocka Flame, released a message to his fans on Instagram stories soon after the shooting.

“I pray all my fans are safe and OK!” the artist wrote.

This is a developing story. Check back here for updates. 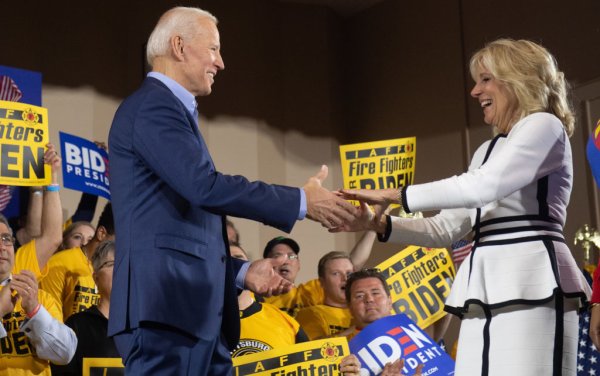 Biden Needs to Be 'Better Judge' of Personal Space: Wife
Next Up: Editor's Pick