Maisie Williams is here to remind you that you can’t mess with Arya Stark.

In a Jimmy Kimmel Live! video sketch that aired earlier this week, the Game of Thrones gang got back together as hosts of “Game of Phones,” a hotline for viewers of the hit to call in 24-hours a day with questions about the show. One caller in the sketch asked Liam Cunningham, who plays Davos Seaworth, what Kit Harington smells like. The actor behind Jon Snow smells like “a mixture of old yogurt and Axe body spray,” Cunningham said.

Isaac Hempstead Wright, featured in front of a box of ‘Raven Bran’ cereal, used his Bran powers to tell another caller how to find her lost keys. (He also told her she’d die of Mad Cow Disease, because Bran doesn’t mess around.)

But the real magic is when Williams adds a caller to her kill list. Todd didn’t like the fact that Williams’ Arya was responsible for saving all of mankind in the “Battle of Westeros” during last Sunday’s episode. “You expect me to believe a 90-pound girl can defeat an army of White Walkers?”

Dough doesn’t know who he’s messing with, and Williams added him to Arya’s list of those she’s coming after — right below Cersei. 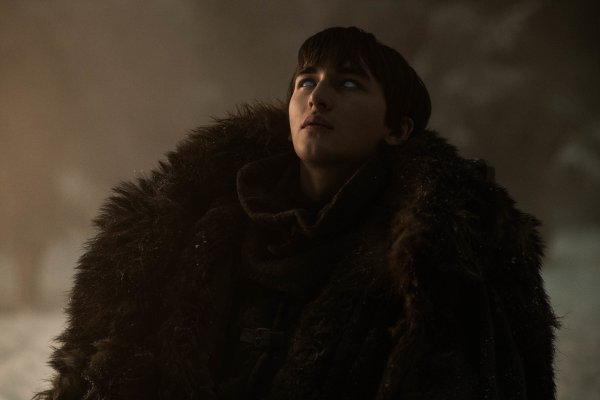 This Game of Thrones Theory Could Explain Bran's Mysterious Behavior During the Battle of Winterfell
Next Up: Editor's Pick