A Somali-American model has become the first to wear a hijab and burkini in the swimwear edition of Sports Illustrated magazine.

Aden’s spread features a photo shoot done in Kenya. She was born there at the Kakuma Refugee Camp before moving to the U.S. at the age of seven.

“I keep thinking [back] to six-year-old me who, in this same country, was in a refugee camp,” Halima said during her shoot, according to Sports Illustrated. “So to grow up to live the American dream [and] to come back to Kenya and shoot for SI in the most beautiful parts of Kenya—I don’t think that’s a story that anybody could make up.”

Although Sports Illustrated has challenged beauty standards before by featuring plus-sized models and a female MMA-fighter, the move marks a big shift for the magazine, which normally features models posing seductively in skimpy bikinis and barely-there one-pieces.

“Whether you feel your most beautiful and confident in a burkini or a bikini, YOU ARE WORTHY,” Sports Illustrated Swimsuit editor MJ Day said in a statement released by the company.

It is not the first time Aden has made headlines. The then 19-year-old model was the first competitor to wear a burkini and a hijab during the Miss Minnesota USA pageant in 2016.

She was also the first Muslim student to be crowned homecoming queen in her high school. She has appeared on popular magazine covers and in runway shows for major designers. 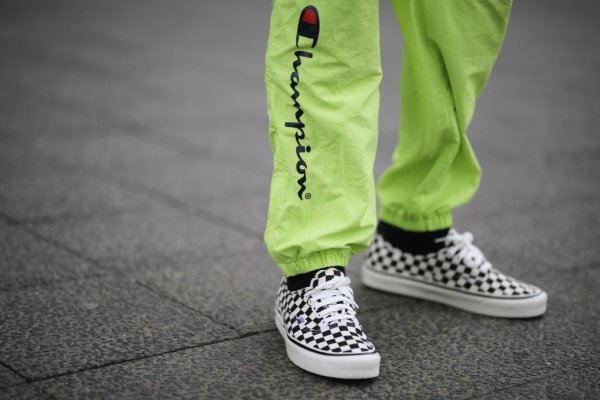 Champion's Logo Is Suddenly Cool and Suddenly Everywhere. Can It Last?
Next Up: Editor's Pick