Trump Keeps Talking About Second-Trimester Abortions. Here's What He Gets Wrong

Abortions during and after the second trimester are extremely rare. In fact, fewer than 1.3% of abortions are performed after 21 weeks of gestation, according to 2015 data from the Centers for Disease Control and Prevention. The procedures, often termed “late-term abortions” by opponents, mostly happen because of a serious fetal anomaly or for the health of the woman.

But later abortions have become a target of anti-abortion advocates recently, and President Donald Trump has taken up the cause with increasingly misleading language on the campaign trail.

Speaking to supporters earlier this year, Trump made a graphic and misleading claim that proposed legislation in New York and Virginia would allow “children to be ripped from their mother’s womb right up until the moment of birth.” Over the weekend, he went farther in a rally in Wisconsin, inaccurately claiming that children are actually put to death after birth.

“The baby is born,” Trump said. “The mother meets with the doctor. They take care of the baby. They wrap the baby beautifully, and then the doctor and the mother determine whether or not they will execute the baby.”

Dr. Kristyn Brandi, an obstetrician-gynecologist and a board member from Physicians for Reproductive Health, said that Trump is not describing a situation in which a licensed doctor would ever participate.

“To be clear, there is never a scenario where a baby is delivered and we decide to execute the baby. That is grossly inflammatory and really insulting to doctors, nurses and everyone else that takes care of people that go through this stuff,” she told TIME.

Trump was referencing Wisconsin Gov. Tony Evers’ opposition to a Republican-backed bill that could put doctors in prison for life if they don’t do everything in their power to save infants born alive after failed abortion attempts.

But Evers has previously explained that he won’t back the bill because he thinks it’s unnecessary. Doctors who don’t help ailing infants clearly in need of medical help would face repercussions for that choice whether or not the bill was passed. “I think those protections already exist,” he told the Milwaukee Journal Sentinel.

Very few abortions are considered unsuccessful. Less than one-quarter of 1% of surgical abortion procedures failed in 1985, according to one study. Current procedures are safer and even more effective, which might be a reason it’s so difficult to find updated statistics, Brandi says.

It’s not the first time Trump has made misleading statements about abortions.

“Lawmakers in New York cheered with delight upon the passage of legislation that would allow a baby to be ripped from the mother’s womb moments before birth. These are living, feeling, beautiful, babies who will never get the chance to share their love and dreams with the world,” Trump said during his February State of the Union address.

The New York legislation Trump was referencing states that a health care provider “may perform an abortion when, according to the practitioner’s reasonable and good faith professional judgment based on the facts of the patient’s case: the patient is within twenty-four weeks from the commencement of pregnancy, or there is an absence of fetal viability, or the abortion is necessary to protect the patient’s life or health.”

In fact, all but seven states prohibit abortions after a specified point in pregnancy, generally except when they are critical to protect the mother’s life or health, according to the Guttmacher Institute.

Abortion is likely to be a contentious issue in the 2020 election. The Supreme Court’s 5-4 conservative majority has not yet faced a major abortions rights case, but both abortion rights activists and anti-abortion advocates think that the landmark Roe v. Wade case could be either overturned or substantially weakened soon.

In response, many blue states like New York are seeking to strengthen state laws on abortion, while red states like Ohio are passing measures to restrict it.

Grant Reeher, the director of Syracuse’s Campbell Public Affairs Institute, says some of the more restrictive measures appear to be designed to be tested in courts, “especially in the newly composed Supreme Court,” he said.

Some abortion providers worry that the increasingly inflammatory rhetoric may have unintended consequences. 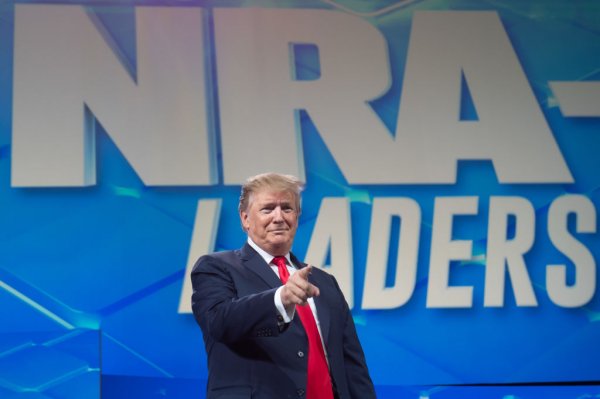