Kit Harington’s romance with wife Rose Leslie began on the set of Game of Thrones, but his favorite scene with her actually came at the end of her time on the show.

In an interview with People, Harington (who plays hero of the North, Jon Snow) shared that his favorite scene with Leslie (who played the wilding Ygritte, who became Jon’s lover) was actually one that broke the hearts of many Game of Thrones fans — when Ygritte dies in Jon’s arms during battle.

“I liked her death. I know, it sounds bizarre,” Harington said. “I thought she nailed that. And it’s the first time in Thrones that slow motion was used and I think it’s a beautiful, cradling moment as this battle is raging in the background. It was one of those incredible shots.”

Relationship speculation circulated around Harington and Leslie since 2012, but the couple officially confirmed that they were an item in 2016. They later became engaged in 2017 and then tied the knot in summer of 2018. 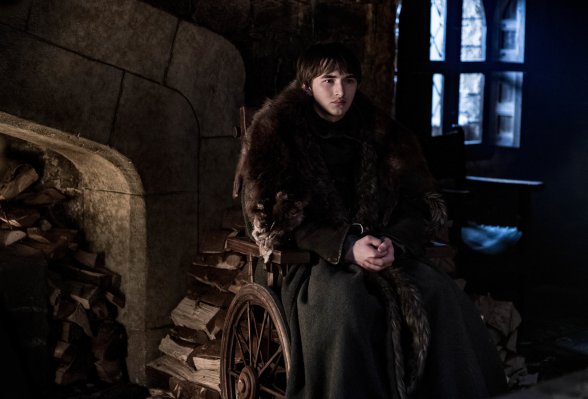 Here's Why 'Thrones' Character Bran Stark Has a Creepy Stare
Next Up: Editor's Pick