Multiple people have been killed after a semi-trailer truck caused a fiery crash on Interstate 70 west of Denver Thursday, police said.

Police in Lakewood, Colo., could not confirm the number of fatalities late Thursday, but said six people were taken to local hospitals, including the driver of the truck.

One firefighter sustained minor injuries while fighting the blaze from the crash, the West Metro Fire department said.

The crash occurred during early evening rush hour on a busy stretch of interstate highway. “The semi was eastbound and ended up colliding with the cars that were stopped because of the accident ahead. That’s all we know or we are releasing at this point,” Lakewood police Agent Ty Countryman told reporters.

Areal images captured by local television crews show the scale of the damage caused by the collision.

Police are still working to identify those who have died and account for everyone involved in the crash, Countryman said. 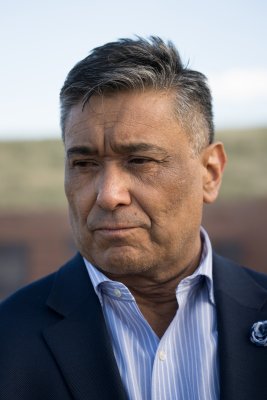 Still Teaching at Columbine 20 Years Later. Why He Never Left
Next Up: Editor's Pick