(Bloomberg) — Chinese President Xi Jinping pledged to clean up his signature Belt and Road infrastructure program amid criticism the policy is indebting poorer nations and making them dependent on Beijing.“We need to maintain that all cooperation is conducted under the sun and work together to combat corruption with zero tolerance,” Xi said in an address to the annual Belt and Road Forum for International Cooperation in Beijing on Friday.

He vowed that China will negotiate and sign high-standard free trade agreements with more countries, strengthen cooperation in customs, taxation, auditing and supervision, and establish a cooperation mechanism for jointly building the Belt and Road tax collection and management system.

“We need to pursue high-standard cooperation,” he said. “We will adopt widely-accepted rules and standards, and encourage participating companies to follow general international rules and standards in product development, operations procurement, tendering and bidding.”

Some 5,000 attendees from across the globe were in the audience for Xi’s address. Chinese officials have already pledged this week to improve funding arrangements for projects along the Belt and Road network, in response to increasing wariness that the initiative saddles developing countries with loans they can’t repay.

Xi unveiled the plan to rebuild ancient trading routes across Eurasia in 2013, calling it the “project of the century.” China’s government has since poured billions into investments from Africa to the South Pacific. The president champions it as a means to spur development, goodwill and economic integration.

At least seven countries that have agreed to Belt and Road projects have suspended, scaled back or terminated them, or experienced backlash for their involvement in the program. Earlier this month, China struck a deal with Malaysia to resume the East Coast Rail Link project for 44 billion ringgit ($10.7 billion) — down from 65.5 billion ringgit — after deciding to terminate it in January as the Southeast Asian country struggles to narrow its budget deficit.

To address some of the concerns, Beijing is taking a range of steps to exert more control over the program, officials and participants said. They include a more muted publicity drive, clearer rules for state-owned enterprises, restricted use of the Belt and Road brand, and building overseas auditing and anti-corruption mechanisms, according to officials and participants who have spoken to Bloomberg.

The People’s Bank of China will “build an open, market-oriented financing and investment system,” Governor Yi Gang said in brief remarks on Thursday. The government also released its analysis framework for debt sustainability.

Even before the forum officially kicked off, Xi pledged new development with the Philippines in a Thursday meeting with President Rodrigo Duterte, including China’s commitment to build an industrial park north of Manila and provide resources for Duterte’s initiatives to spread wealth to his country’s far-flung regions, presidential spokesman Salvador Panelo said.

In March, a senior official from China’s top economic planning body, the National Development and Reform Commission, said China wants to combine its manufacturing and construction know-how with the advanced technology of Western firms on the global trade-and-infrastructure program, pledging greater cooperation with American and European companies on Belt and Road ventures. 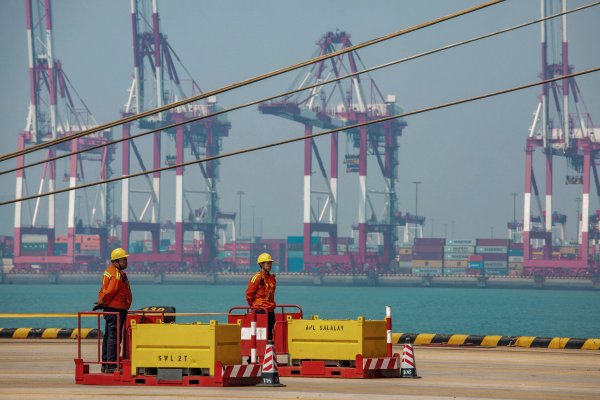