A senator who lost re-election in 2018 is using her leftover campaign funds to push her fellow Democrats to reconnect with rural voters, arguing that they risk letting President Donald Trump win a second term if they don’t.

On Thursday, former North Dakota Sen. Heidi Heitkamp launched the One Country Project, which is designed to be a clearinghouse for research on rural voters, to criticize Trump’s record on issues they care about and to press Democrats to engage more in rural areas.

Known for a blunt speaking style, Heitkamp seemed to acknowledge the thorniness of the issue at the group’s launch in Washington, D.C.

“America wants to get stuff done again,” she said. “I could put a different word in there, which I usually do, but I won’t,” she tacks on.

Heitkamp argued that rural voters feel disrespected or dismissed altogether. The fights in Washington seem distant to their worries in the heartland and are offering folks like her neighbors little help. And, based on her research on voting trends since her loss last year, she believes Democrats in 2020 are poised to have an even larger win with the popular vote while still losing in the Electoral College.

“If you said, ‘What’s the one thing that we should all be talking about?’ Getting stuff done. Solving problems. And not who’s on this side or what does this look like or the narrative that gets spun every day,” she says, adding that she wants to work with any of the Democratic candidates — many of them she considers friends — to help them get their rural policies and pitches right on topics as varied as international tariffs and opioid abuse, automation and income disparity.

It’s not a groundbreaking idea, but one that may help stop or maybe reverse her party’s slide away from rural messages toward one designed to surge with urban voters. Former Sen. Joe Donnelly, who lost his re-election bid in Indiana last years, is also pitching in for the party on this project.

When Barack Obama first ran for President in 2008, he picked up 45% of the rural vote. Eight years later, Hillary Clinton picked up just 34%.

The rural vote accounted for 11% of the population when Obama ran. When Clinton was running, that number was 17%, according to exit polls, despite urban areas outpacing them in rates of growth.

Put plainly: If a Democrat is going to win the White House in 2020, they can’t be writing off as much as one-fifth of the voters. After all, according to the Census, almost 60 million people live in rural areas and Trump did 29 percentage points better in rural areas than in urban ones. In Pennsylvania, that urban-rural gap was 46 percentage points.

Ever the pragmatist, Heitkamp insists this cannot stand.

“Rural America got left behind,” Heitkamp says of the 2016 election. “I knew she was in trouble when I went to a wedding in western Pennsylvania and I did not see one [yard] sign. If you drove around western Minnesota, there was not one sign for her and there were signs all over for Donald Trump.”

This time around, Heitkamp is working to make sure Trump doesn’t enjoy an uncontested advantage with rural voters. One Country is organized under two different parts of the tax code, a design that will allow leaders to do both policy advocacy and political activism. She wants to use the group to highlight how Trump’s trade war is costing farmers’ profits, how manufacturing policy is making tractors more expensive and how its policies are keeping high-speed Internet out of many small towns.

Heitkamp also argued that social issues such as LGBT rights and abortion are less significant to rural voters than thought, noting Midwestern Democrats who won Senate seats in the past such as Kent Conrad, Tim Johnson and Bob Kerrey.

“The culture has not changed that much in the last 10 or 20 years. They will vote for Democrats if Democrats are seen as representing and understanding their issues,” Heitkamp says. “This project was born not necessarily out of my interest in making sure that Democrats are competitive in rural America by making sure that rural America understands that there is an opportunity here to look at the two sides and choose a political party that can, in fact, be responsive to their concerns.”

It all comes with a goal of making Trump a one-term President.

“If you are an economic voter in rural America, this president hasn’t earned a second term,” she says. “I used to believe and I don’t any more that the Democratic Party could win a presidency without rural America but never the Senate. I’m not sure that first statement is true any more.”

The original version of this story misstated Heitkamp’s home state. It is North Dakota, not Nebraska. 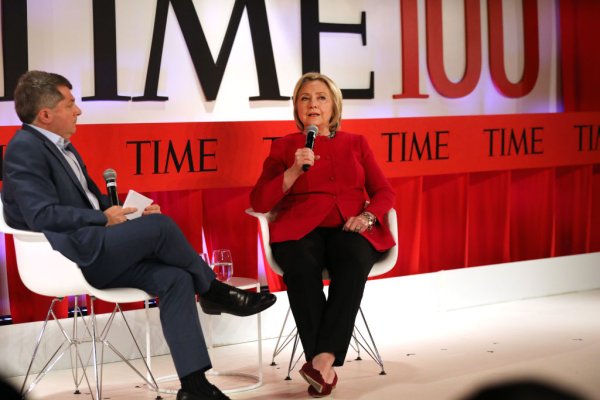