Millions of Americans, beginning with Washington Democrats, are eager for Special Counsel Robert Mueller to testify about his final report on Russian interference in the 2016 election. But despite a congressional summons, it’s still not clear whether Mueller will speak publicly, or when.

Rep. Jerrold Nadler, chair of the House Judiciary Committee, sent a letter to Mueller on April 18, the day Attorney General William Barr released a redacted version of the report, requesting that Mueller testify no later than May 23. “It is clear Congress and the American people must hear from Special Counsel Robert Mueller in person to better understand his findings,” Nadler tweeted.

Although Barr said prior to the release of the report that he would have no objections to Mueller testifying, it’s still not clear that the special counsel will do so by that deadline. According to a Judiciary Committee source, there have been several conversations between committee staff and the Department of Justice about Mueller’s testimony, but there is still no agreed-upon date, nor a commitment from DOJ that it will happen. The Justice Department declined to comment on the talks, instead pointing to Barr’s previous comments.

Also unclear is whether Mueller, who spent nearly two years investigating the Russian influence operation and its aftermath, is willing to testify. During his long stint as director of the FBI, Mueller proved himself to be a deft witness before Congress. But his report raises tricky legal and constitutional questions, including the pivotal matter of whether the president, as the nation’s top law enforcement official, is immune to prosecution while in office. It’s an open question whether Mueller, who has been silent throughout his nearly two-year investigation and declined to issue a judgment on whether President Trump obstructed justice, may prefer the 448-page report to speak for itself. Peter Carr, who served as spokesperson for Mueller’s office but has since resumed his duties as spokesperson for the criminal division at the Justice Department, declined to comment.

Trump has made clear that his administration intends to fight congressional subpoenas as well as broader efforts by House Democrats to investigate his administration. In recent days, the Trump administration has made a flurry of moves to thwart congressional overseers. It filed a lawsuit in an attempt to block an accounting firm subpoenaed by the Committee on Oversight and Reform from handing over the President’s financial records, and according to the committee ordered recipients of subpoenas in other probes not to comply. Treasury Secretary Steve Mnuchin did not provide a requested response to the Ways and Means Committee about whether he would release Trump’s tax returns, asking for more time to consult with DOJ. And the White House has reportedly indicated it would invoke executive privilege in response to a subpoena for testimony from former White House counsel Don McGahn, a key witness in Mueller’s investigation.

“We’re fighting all the subpoenas,” Trump told reporters earlier this week, arguing that Democrats were trying to investigate him for political purposes.

Mueller’s testimony may be a different matter. According to a White House official, some Trump aides view that potential episode as the welcome “capstone” of the investigation. “[It’s when] reasonable people say, ‘This is over,’” said the official, who told TIME the White House likely will not be involved in the decision and is not aware of any ongoing conversations between the White House and DOJ about the topic.

It’s unclear the White House would have the ability to stop Mueller’s testimony if he wanted to speak publicly. Mueller will leave DOJ employ and become a private citizen again “in the coming days,” says DOJ spokesman Carr. Once that happens, the Trump administration would have less sway over Mueller.

Legal theorists who advocate for an expansive view of executive power are likely to argue that as long as Mueller remains at the Department of Justice, Trump—as the head of the executive branch—would have the power to prevent Mueller from testifying if he wants to. But two attorneys who have worked in Congress on legal issues involving power struggles between the executive and legislative branches said the President and his lawyers would have a hard time asserting executive privilege to block Mueller’s testimony, especially if he is not planning on discussing the redacted components of the report.

“I don’t think there is any way the administration can effectively stop Mueller from testifying if he wants to testify,” said one of those attorneys. “If Mueller wants to testify, he will testify. And Mueller does not need Trump for anything.”

–With reporting by Brian Bennett and Tessa Berenson/Washington 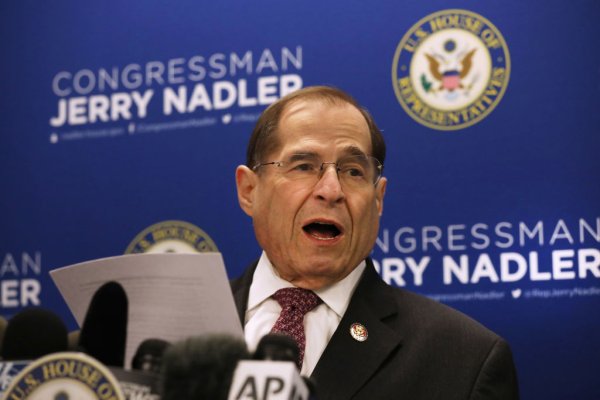