Ex-President Barack Obama is holding off on an endorsement of his former running mate, Joe Biden, who on Thursday joined the race for the 2020 Democratic presidential nomination.

He did, though, voice support for the former vice president in a statement timed to Biden’s announcement. “President Obama has long said that selecting Joe Biden as his running mate in 2008 was one of the best decisions he ever made,” Obama spokeswoman Katie Hill said.

“He relied on the vice president’s knowledge, insight, and judgment throughout both campaigns and the entire presidency. The two forged a special bond over the last 10 years and remain close today,” Hill added.

Obama’s endorsement would have been a boost for Biden, whose candidacy draws on the warm feelings that many Democrats have for the eight years the pair spent in the White House. It would also have been seen as an effort by Obama to clear out a crowded primary field that also includes one of his former cabinet secretaries – without giving voters a chance to decide for themselves at the polls.

A source familiar with Obama’s thinking said that he’s not planning to endorse anyone during the early stages of the primary process, in part because he believes that his experience battling for the 2008 nomination made him a better candidate and president. Obama, then the sitting president, waited until voting in the 2016 primaries had ended before endorsing Hillary Clinton.

Still, Biden isn’t shying away from his Obama ties, recently referring to himself as an ‘Obama-Biden Democrat.’ A photo collage posted Thursday on his Instagram account includes an image of the two standing in the Oval Office.

Biden’s campaign staff is full of Obama administration alumni – many of whom spent at least some of their time working for Biden – though there are also scores of former Obama officials who have said publicly and privately that they are looking to other candidates. 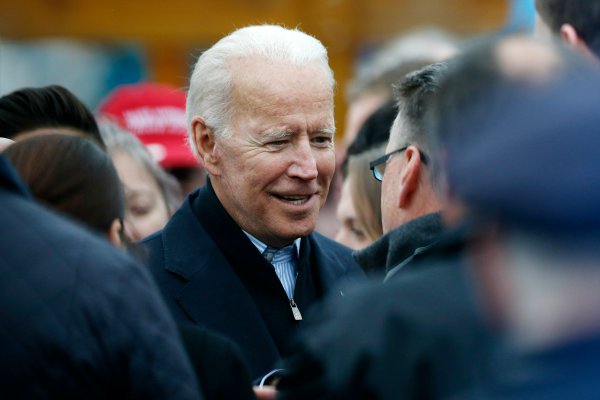 He's Running
Next Up: Editor's Pick