'How Did All These Men Escape Justice?' Former Aide Lashes Out at Chris Christie as She’s Sentenced for Bridgegate

Bridget Anne Kelly, who was the deputy chief of staff for former New Jersey Gov. Chris Christie, called for justice against her former boss after she was re-sentenced to 13 months in federal prison for helping to orchestrate the infamous Bridgegate scandal.

“The fact that I am here in place of others from the Christie administration, and the governor himself, does not prove my guilt. It only proves that justice is not blind,” Kelly said Wednesday. “It has favorites. It misses the mark. It misses the truth. And it picks winners and losers that are sometimes beyond anyone’s control.”

Christie, along with many of his “closest associates,” were mentioned repeatedly during Kelly’s seven-week trial, she said, but have not been sentenced. “How did all these men escape justice?” she asked.

Christie has repeatedly denied having knowledge of or involvement in the so-called Bridgegate scandal, during which several access lanes to the busy George Washington Bridge were shut down in 2013, apparently to create traffic in the New Jersey borough of Fort Lee. The plan was cast as an act of retaliation against Fort Lee Mayor Mark Sokolich, who did not endorse Christie — who was then running for re-election as governor — as expected.

In 2016, Kelly and Bill Baroni, the former deputy executive director of the Port Authority of New York and New Jersey, were found guilty for their role in improperly planning to close down the access lanes. Kelly was initially sentenced to 18 months in prison, but part of that sentence was thrown out after she appealed the decision. She was re-sentenced on Wednesday, though she continues to appeal, NJ.com reports.

As she fights her sentence, Kelly is taking the former governor to task. Both she and Baroni have said Christie knew about the Bridgegate plan, and Kelly said Wednesday that she will continue fighting to bring that truth to light.

“Mr. Christie, you are a bully, and the days of you calling me a liar and destroying my life are over,” Kelly said. “The truth will be heard, and for the former governor, that truth will be unescapable, regardless of lucrative television deals or even future campaigns. I plan to make sure of that.” 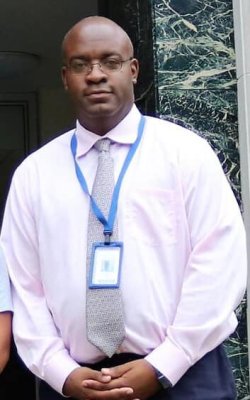 A New Jersey High School Principal Died After Donating Bone Marrow to a Young Boy in France
Next Up: Editor's Pick