It's Not Your Imagination: That Toddler is Judging You

There are few things as irresistible as the face of a toddler: the tiny nose, the ingenuous eyes, the utter scrumptiousness of the cheeks. Well, guess what. They don’t think nearly as highly of your face. Kids may not say it, but by the time they’re as young as three, they give you a good hard look the moment they meet you—and they judge a lot by what they see.

It may be no surprise that young humans—like all humans—look to the face first for clues about the kindness, approachability and even competence of new people. But according to a new study conducted by a group of researchers from Harvard University and published in the journal Developmental Psychology, the scrutinizing starts earlier and is a good deal subtler than a lot of people believed.

“We have a misguided notion that children are empty vessels into which culture slowly pours itself as they mature,” said psychologist Mahzarin Banaji, a co-author of the study, in a statement accompanying its release. “This research shows that perceptions of people, however inaccurate those judgments might be, emerge early in humans.” Our kids, it seems, start off a lot like us—and become only more so as they age.

In the first part of a four-part study, the investigators assembled a group of 99 children who were ages three to 11 (average age: 6). They showed all of them photographs of a male face that had been computer-manipulated to look either trustworthy or untrustworthy (a relaxed expression versus wide, intensely staring eyes), dominant or submissive (a faint scowl and tight lips versus slightly elevated brows and a slightly downturned mouth) and competent or incompetent (tightly focused eyes and a set mouth versus an unfocused look and an expressionless mouth).

The kids viewed the faces on a computer screen and were asked to point to the ones that were “nice” or mean.” Almost universally, the children assigned the “nice” descriptor to trustworthy, submissive and competent faces, and the “mean” descriptor to the other ones. Even as young as age three, 84% of the kids chose that way, with the number going up to 97% among the oldest kids.

The results got spottier when the children were asked about behaviors they could infer from the faces in the pictures. For the competent or incompetent faces, they were asked which of the people “know how to sing a lot of different songs” or “can draw pictures that look just like real life.” For the dominant or submissive faces, the questions involved which of the people could “pick up really heavy things” or “always knows which game to play.” And for the trustworthy or untrustworthy faces they involved which person “helps other people when they are in trouble” or “likes to share.”

The youngest children struggled with this part, performing little better than what chance would suggest. That may have been due in part to the fact that the ideas of good and bad got scrambled up a bit—kids picked the dominant, or mean, face for example, as the one likelier to be able to pick up heavy things and know which game to play. By age five, the kids handled these concepts better, making the appropriate connections between face and behavior about 75% of the time.

The second study was essentially identical to the first, except that the images of the faces were manipulated so that the differences in expressions were a bit subtler, and, at least in theory, harder to read. But the children read them almost as well as they had in the previous study.

In the third study, kids were shown pictures of the more extreme, less subtle dominant or submissive and trustworthy or untrustworthy faces and were given a selection of images of desirable objects—cookies, candy, a banana, chocolate, a present. They were then shown the faces and told, “This is Edgar and this is Martin. If you had only one cookie [or banana or present] who would you give it to?”

Overall, 68% of the children chose to reward the submissive and trustworthy faces, though the youngest kids brought the average down, again scoring little better than chance. “The act of giving gifts to ‘nicer’-looking faces…appears to emerge around age five, but not earlier,” the researchers wrote.

The final study combined the earlier ones, asking the children to identify the faces with the more positive traits and choose which ones should receive the gifts. In this case, the researchers were looking for what they called “concordance,” with the more desirable personalities getting rewarded with gifts. Again, the ability to connect these dots improved with age, with no significant concordance among the youngest kids, and 91% among the oldest.

Children, the study makes clear, are discerning—and even unforgiving. They know what they like and who they like; they make those decisions quickly and act accordingly—and they get better at it as they age. 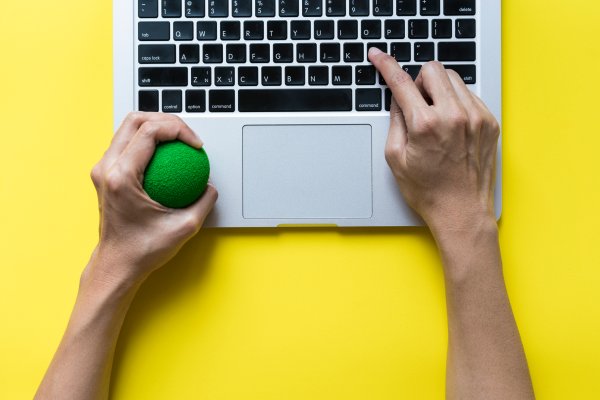 Americans Are Some of the Most Stressed-Out People in the World, a New Global Survey Says
Next Up: Editor's Pick