Millennials Love Wellness. But They're Not as Healthy as People Think, Report Says

Millennials are often credited with driving the $4.2 trillion global wellness market, with their love of pursuits like yoga, meditation and boutique fitness. But despite their reputation for valuing health and wellness, millennials are in worse health than their elders in Generation X used to be, according to a new report from the Blue Cross Blue Shield Association.

Millennials — who in 2017 were ages 21 to 36 — were overall in good health that year, according to Blue Cross’s data analysis of 55 million commercially insured millennials. But around age 27, millennials’ health began to decline — and trends suggest the downturn may be more than what could be expected from normal aging.

Rates of nearly every health problem that most commonly affects younger Americans rose from 2014 to 2017, according to the report. Behavioral health issues were especially widespread among millennials. Major depression rates increased in this population by 31% from 2014 to 2017, rates of psychotic conditions increased by 15% and rates of substance use disorder rose by 10%.

Eight of the top 10 millennial health conditions — depression, substance use disorder, high blood pressure, hyperactivity, Crohn’s disease and ulcerative colitis, high cholesterol, tobacco use disorder and Type 2 diabetes — were also more common among older millennials in 2017 than they were among members of Gen X when they were the same age. (Rates of the remaining two of the top 10 conditions for this age group, alcohol use disorder and psychotic conditions, either stayed the same or decreased slightly, compared to Gen X.)

Both generations had relatively high rates of mental health issues, so increases in cardiovascular and endocrine conditions among millennials drove the disparity, according to the report.

The researchers also found that female millennials were in poorer health than their male peers, and widespread diagnoses of major depression, Type 2 diabetes and endocrine conditions were to blame. Women are consistently diagnosed with depression and endocrine problems like thyroid issues at higher rates than men, but researchers are still trying to explain why Type 2 diabetes rates are up for young women and girls.

Other research has shown that young Americans are struggling with record-high rates of issues like depression, anxiety and loneliness. These conditions have many causes, but research has found that they are likely driven in part by stressors including a divisive political and social climate, financial concerns and social media. Many millennials also do not see primary care doctors and struggle to pay for health care. Part of the recorded rise in depression among millennials may also be because they are more likely than older generations to talk about and address mental health issues through therapy, research shows, which could result in an increase in identifying and diagnosing mental health issues.

The new report did not address why endocrine and cardiovascular issues may be on the rise, but higher obesity rates may be partially to blame. (Separate research has also found that certain types of cancer are becoming more common among younger Americans, likely because of a rise in obesity.)

The disparity uncovered in the report highlights how urgent it is “for the healthcare community to recognize” issues facing millennials, the new report’s authors write. “The health status of millennials will likely have substantial effects on the American economy over the next two decades—including workplace productivity and healthcare costs.” 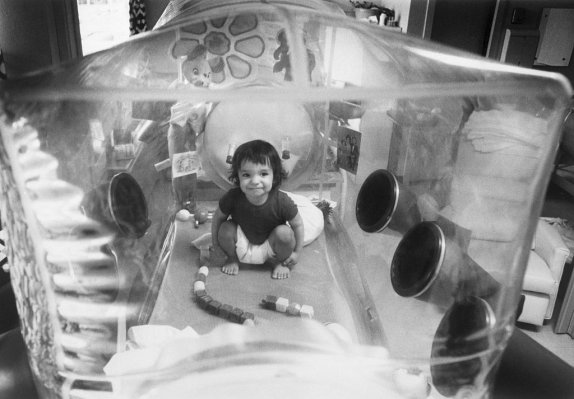 A Gene Therapy Breakthrough Could Offer a Treatment for the Rare and Deadly 'Bubble Boy' Disease
Next Up: Editor's Pick