'You Did Not Act in Time.' Climate Activist Greta Thunberg Addresses UK Parliament

Swedish climate change activist Greta Thunberg has called the United Kingdom’s response to climate change “beyond absurd” in a speech to members of parliament.

Thunberg, 16, appeared on the 2019 TIME 100, for her work in sparking a number of youth-led protests calling for action on climate change. While addressing the U.K. parliament on Tuesday, Thunberg called out the government for not acting quickly enough to stop the effects of climate change.

“We probably don’t even have a future anymore,” she said. “That future was sold so that a small number of people could make unimaginable amounts of money. It was stolen from us every time you said that the sky was the limit, and that you only live once.”

Thunberg was in the U.K. to join protestors with the activist group Extinction Rebellion, who have demonstrated in London this week to raise awareness of the climate crisis. A 2018 report from the Intergovernmental Panel on Climate Change stated that greenhouse gas emissions would have to be lowered to net zero by 2050 to limit global warming to 1.5ºC (35ºF), an international goal under the Paris Agreement on climate change.

Thunberg noted the urgency of cutting emissions in her speech, and criticized the U.K. for its use of fossil fuels. and support for the expansion .

“The fact that we are speaking of “lowering” instead of “stopping” emissions is perhaps the greatest force behind the continuing business as usual,” she said. Thunberg cited the U.K’s shale gas fracking industry, its expansion of oil and gas fields in the North Sea and the expansion of its airports as examples of its “ongoing irresponsible behavior.” 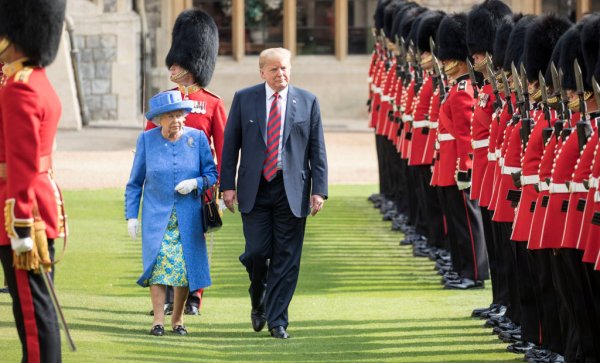