As dinner began, Felsenthal spoke onstage about the wide-range of accomplishments this year’s crop of world influencers — “people who do the impossible” — have achieved.

“Tonight, we honor artists and icons, pioneers and leaders, people who shaped the year and changed the year, people who stood up and stood out,” he said. “We also honor the power of individuals to bring others together. To move their fellow citizens to action.”

Felsenthal also challenged those in attendance to keep up the good fight going forward.

“Our hope is that being on the TIME 100 is not only a recognition of what has been done, but a call for all the work that’s left to do. Because with influence comes responsibility, and at TIME we recognize that this is true for us as well. Just as we’re asking all of you, we’re asking ourselves, how do we earn this authority and this trust? We’re asking: What are we going to do with it?”

Read the full text of his toast below. 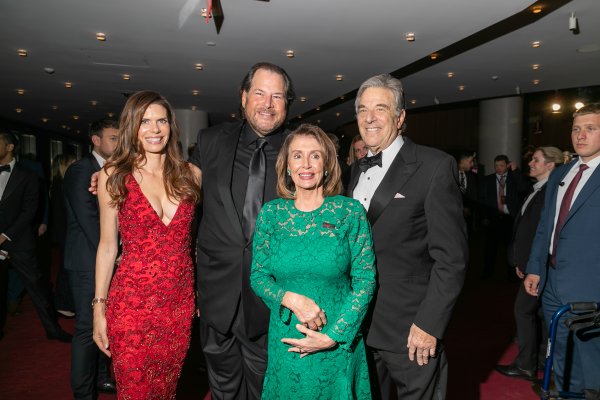 'It's Always About Mom.' Nancy Pelosi Praises Her Mother at the TIME 100 Gala
Next Up: Editor's Pick