Breaking Down the Complicated Time Travel in Avengers: Endgame

At the end of Avengers: Infinity War, Thanos uses powerful gems called Infinity Stones to snap his fingers and destroy half of all life in the universe. At the beginning of its follow-up film Avengers: Endgame, the Avengers hunt down Thanos and try to take the Infinity Stones back to undo the damage. Unfortunately for them, Thanos has already destroyed the Stones. There is nothing they can do.

Fast forward five years. A rat happens to crawl over a machine that allows people to travel through the Quantum Realm and accidentally releases Ant-Man (Paul Rudd). He’s been stuck in the Quantum Realm for half a decade, even though it feels to him as if only five minutes have passed. Ant-Man rushes to Avengers headquarters to tell his fellow superheroes that they can travel back in time and collect all the Infinity Stones.

Tony Stark (Robert Downey Jr.) agrees to work on a machine that would allow the Avengers to time travel — on one condition. He has started a family in the last five years and thus does not want to alter recent history in any way. Instead of trying to rewind time once they have the Time Stone and undo everything that has happened in the last five years, they decide to use the Infinity Stones to bring back everyone who disappeared in this current timeline, five years later. That way, Tony can preserve his daughter’s life, while saving dusted characters like Spider-Man (Tom Holland).

If you’re already confused, well, we’re just getting started. Time travel in pop culture can get rather tricky. Just ask J.K. Rowling, who destroyed all the Time Turners in Harry Potter just to avoid dealing with time-loop-related plot holes. Avengers: Endgame tries to side step these problems by establishing certain time travel rules. It’s complicated, so bear with me.

The Avengers time travel through the Quantum Realm

Ant-Man theorizes that because he was able to jump forward five years in what felt like five minutes, the Avengers could travel back in very little time. They use Pym Particles (created by his mentor Hank Pym before he disappeared in the snap) to shrink to subatomic size and enter the Quantum Realm. Tony just has to mess around with some of the technology for a day and ta-da! He’s solved the problem of how to control where they land in time using tiny little watches. Anyway, back to the plot.

They decide to split up and visit a few spots to intercept the Infinity Stones. Captain America (Chris Evans), Iron Man, Hulk (Mark Ruffalo) and Ant-Man travel to New York in 2012 when both the Mind Stone and the Space Stone (then known as the Tessearact) were in Loki’s (Tom Hiddleston) possession during the Battle of New York and the Time Stone resided at the Sanctum Sanctorum in the same city.

Iron Man and Ant-Man flub stealing the Space Stone (Loki gets away with it), so then Captain America and Iron Man travel further back in time to a military lab in New Jersey in 1970 to steal it from Tony’s father’s lab. They also grab more Pym particles from Pym’s lab while they’re at it.

Let’s say they steal the Space Stone from Tony Stark’s father in 1970. Doesn’t that mean that Tony Stark’s father was never able to study the Stone, thus he never creates the Arc Reactor technology that Tony later uses to power the Iron Man suit? And Iron Man is never born? This is basically a version of the Grandfather Paradox of time travel: Travel back in time to kill your grandfather, and then you are never born — hence you are unable to kill your grandfather.

Well, not in this movie! This movie version of time travel isn’t quite what most moviegoers are used to. For example, the rules of the butterfly effect where changing one tiny aspect of the past will alter the future in unpredictable ways — think Back to the Future or this famous Simpsons episode — aren’t in place.

Nor is there a time loop. For example, in Harry Potter and the Prisoner of Azkaban, the characters who travel back through time know exactly what they need to do in the past because it’s already happened in the future. (For example, future Harry and Hermione know they have to hit their past selves with rocks because they already felt themselves being hit with rocks at the time.) They also know they will tear apart their world if they diverge from that strict plan.

If the Avengers change something in the past, they create a parallel timeline

Time travel in Avengers: Endgame is based on a popular time travel theory in the field of quantum physics. At one point, Iron Man even drops the name David Deutsch — that’s the guy who came up with the “Many Worlds Theory” or “Multiverse Theory.” Basically, he argues that the place we conceive of as our universe is just one of many parallel universes. And if you change something in the past, you create a new timeline, branching out from the original timeline. So nothing they do in the past affects their main timeline.

For example, in the original timeline, Loki was captured and taken to Asgard by Thor in 2012. In Endgame, the 2023 Avengers accidentally facilitate Loki’s escape with the Tesseract (the Space Stone). But when they travel back to the future, Loki hasn’t used the Stone to wreak havoc for a decade. That all happened in a separate timeline. This logic eliminates the option of simply traveling back in time and killing Thanos as a baby, as Rhodes suggests, because it would not change their future, only an alternate universe.

The Ancient One (Tilda Swinton) insists that in order to maintain the reality of each universe that they visit, the Avengers need to return the Infinity Stones to the places they found them after they are done using them. It’s fine if they create separate timelines, but if they deprive one timeline of the gems that maintain its reality, then they essentially break that timeline. Captain America does return all the stones at the end of the movie. (He also returns Mjolnir, the hammer that Thor took from Asgard, back to Thor’s home planet for the same reason.)

Nebula can kill her past self and still survive

The movie contains an extreme example of why parallel timelines are different from the butterfly effect. Toward the end of Endgame, the new, good Nebula (Karen Gillan) from 2023 shoots and kills old, evil Nebula from 2014. And though you might expect 2023 Nebula to start bleeding out or disappear, she’s completely fine. That’s because when 2014 Nebula traveled to the future on Thanos’ orders, she created a split timeline. Thus these are two different Nebulas who exist on two different timelines. What happens to one does not directly affect the other.

Captain America was married to Peggy all along

Remember when I said earlier that there were no time loops? That’s not entirely true. There is one time loop that seems to work differently from time travel in the rest of the movie. I don’t know why. It just does.

Mid-way through the movie, Hulk promises the Ancient One that he will return the Infinity Stones to their original places in space and time. At the end of the movie, Captain America goes back in time to do this. But instead of returning after five seconds, like he agreed upon with Hulk, he stays in the past.

A few seconds later, Bucky and Sam (Anthony Mackie) see an old Captain America sitting on a nearby bench. We see in a flashback that after returning the Infinity Stones, he goes back to live out a quiet life with Peggy. We see them dancing together in their shared home.

According the logic of the movie, Captain America didn’t actually create a new timeline. If he did, he wouldn’t have been able to return to that same bench. He just lived out what had always happened to him. He was always married to Peggy (Hayley Atwell).

Back in Captain America: Winter Soldier, Peggy mentions a husband, though she never reveals his name. In a video that plays on a loop at the Captain America exhibit, Peggy says, “[Steve Rogers] saved 1,000 men, including the man who would become my husband, as it turned out. Even after he died, Steve is still changing my life.” She looks down after saying this, perhaps evasive — probably because said husband was, in fact, Steve.

Later, when Steve visits her hospital bed, we see pictures of children but none of her husband — presumably because that would give away who her husband was. Tellingly, Peggy says in that scene that “none of us can go back.” She then forgets that Steve is there — because at that point, she’s suffering from Alzheimer’s — and exclaims, “You came back!” He replies, “I couldn’t leave my best girl. Not when she owes me a dance.” Likely this is a parallel to the off-screen reunion that happens when Steve travels back in time to find Peggy.

As long as Steve maintained his false identity and didn’t interfere with anything in the past that would bring the Avengers to their fight with Thanos (like saving Bucky from being brainwashed by HYDRA) the timeline stays stable. The other version of Steve still wakes up in 2012 after being frozen during World War II and still joins the Avengers. Older Steve watches on from afar. It’s unclear whether the two Steves would have encountered one another at Peggy’s funeral: They were both alive when it happened during Captain America: Civil War, but perhaps they were both there and the younger version simply didn’t recognize the older version or his fake moniker.

Everything happened the way it did because it had to, according to Doctor Strange

Knowing that, old Steve would resist meddling in the Avengers’ affairs so that they would eventually win their fight against the big purple baddie. 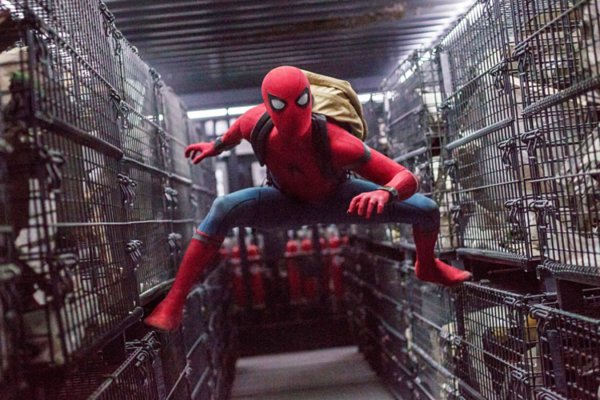 You've Seen Avengers: Endgame and Spider-Man: Far From Home. Here's What Happens Next in the Marvel Cinematic Universe
Next Up: Editor's Pick