Leaders shaping the worlds of politics, science, business and culture sat for interviews in New York City on Tuesday during the first TIME 100 Summit.

Apple CEO Tim Cook, White House Senior Advisor Jared Kushner and former presidential candidate Hillary Clinton were among the speakers at the wide-ranging event, which featured thought leaders from the annual TIME 100 issue. The issue names the top 100 figures who have wielded the most significant influence on the world over the last year.

Here are a few of the standout moments of the inaugural TIME 100 Summit:

Among the event’s highlights were comments by Kushner on Special Counsel Robert Mueller report on Russian interference on the 2016 election and its involvement with President Donald Trump’s 2016 campaign. Kushner downplayed the implications of Russia’s actions, arguing that the investigation had a more detrimental impact on the country than Russia’s widespread operation.

“All of the speculation that’s happened for the last two years has had a much harsher impact on our democracy than a couple of Facebook ads,” Kushner said.

Clinton, unsurprisingly, offered a different take on the report. She argued that if someone else had behaved like the President, they would have been indicted.

“Any other person who had engaged in those acts would certainly have been indicted, but because of the rule in the Justice Department that you can’t indict a sitting President, the whole matter of obstruction was very directly sent to the Congress,” Clinton said.

However, she said that she didn’t trust legislators to take action, criticizing what she called “the do-nothing Senate.”

Rep. Pelosi was more cautious in her criticism of the President, arguing that members of Congress have not yet gathered enough evidence to justify pursuing impeachment.

“[Impeachment is] one of the most divisive paths we could go down in our country, but if the path of fact-finding takes us there, we have no choice,” Pelosi said. “We’re not there yet.”

However, she lobbed criticism at members of the President’s party who have turned a blind eye to his conduct, and argued that it’s crucial for Congress to receive the entire report.

“What’s surprising about it is that the Republicans seem to have an unlimited appetite for that kind of behavior. Instead of being ashamed of what that report said, they gave their blessing once again to the President.”

Apple’s CEO argued that the government can have a role in making technology companies behave ethically.

“Technology needs to be regulated. There are now too many examples where the no rails have resulted in a great damage to society,” Cook said.

Panelists including geneticist George Church discussed ways that their fields can be made more ethical.

Church explained that he had learned in his career that there are times when it is necessary to practice restraint instead of blindly moving forward in the name of progress. He explained that a decade earlier, he had made a decision not to spread information about the possibility of tailoring biological weapons to individual people. He later pushed back at another researcher who wanted to publish about a similar idea.

“I asked, ‘do you really want to do this, enabling no particular purpose?’ It was a line I didn’t cross, and wouldn’t,” Church said. 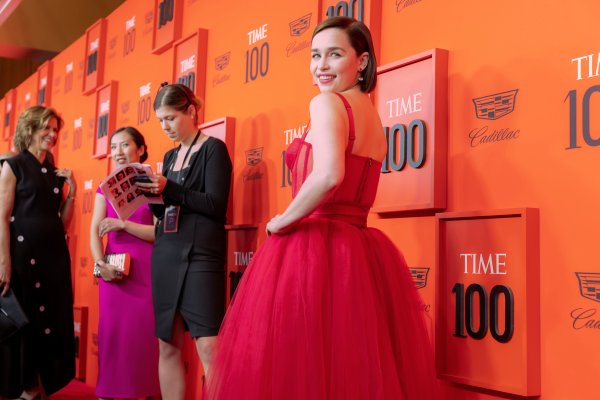 Daenerys and Robb Stark Just Had a Game of Thrones Reunion at an Event Where Everyone's Definitely Safe
Next Up: Editor's Pick