The True Story Behind the Rudolf Nureyev Movie The White Crow

When the Russian ballet dancer Rudolf Nureyev came to Paris to tour with the Kirov ballet company in 1961, he was “like a wild animal out of a cage,” says Oleg Ivenko, the 26-year-old Ukrainian dancer and actor who plays Nureyev in the new movie The White Crow, out April 26 in the United States. “He got a taste of freedom and another world.”

And once he got that taste, there was no going back — literally.

Nureyev defected to the West in June of 1961, at the height of the Cold War, an act considered treason in the Soviet Union. The defection made international news and thrust the Russian dancer, whose talent drew millions of new fans to the theater, into the public eye for the next 30 years. In April 1965, a TIME cover story profiled Nureyev, noting that he “stands out as one of the most electrifying male dancers of all time.” He was ballet’s first pop icon and transformed the role of men in the art form, says Tamara Rojo, the Director and Principal Dancer at the English National Ballet (ENB).

The White Crow — which was a childhood nickname for Nureyev, because he was unusual — charts Nureyev’s story from his life of poverty in the Russian city of Ufa to his historic escape to France. It’s based on Julie Kavanagh’s 2007 biography of the dancer, with a script by British playwright David Hare and directed by Ralph Fiennes. Kavanagh, a journalist who also trained as a dancer, researched the dancer’s life for over a decade, prising open USSR records and interviewing dozens of those who were close to him.

As TIME wrote in 1965 of his entry into the West, Nureyev’s story “could not have been more compelling if it had been choreographed by Alfred Hitchcock.” But how much of the movie version matches the real research? Here’s more on the man widely regarded as the best male dancer of his generation.

Did the KGB really follow Nureyev before he defected?

In the movie, even before the defection, officers from Russia’s state security service, the KGB, follow Nureyev around Paris and repeatedly warn him against staying out late, as well as spending time with Clara Saint — the 21-year-old daughter of a wealthy Chilean artist — and other French creatives.

As Kavanaugh writes in her book, Nureyev was in fact unpopular with Soviet authorities even before he decided to leave. His overt admiration for the West, coming at the height of the Cold War, alarmed them and was seen as a betrayal to the motherland’s communist ideals. He drew particular attention because ballet was a key propaganda tool used by the Soviet authorities to display its cultural supremacy to the West. Soviet dancers could be dropped from foreign excursions at any time for the “wrong” behavior, writes Kavanagh, and the KGB did have officers in Paris minding the ballet dancers on that 1961 trip — though it’s hard to say whether the level of surveillance in the movie matches exactly the real-life version of events.

Nureyev’s defection was doubly humiliating because it came just two months after the Soviet Union outshone the West by sending the first person into space, cosmonaut Yuri Gagarin. In losing Nureyev, the Soviet Union also lost some of the international prestige it had just worked so hard to acquire. Much of the Western media seized on the defection as an ideological blow to the Soviets, a Cold War humiliation and a triumph for democracy.

But Hare, the screenwriter, has said Nureyev’s choice to defect was more practical than political. And according to Ivenko, Nureyev’s worst nightmare was “not being seen” as a dancer, which “would have happened if he stayed in the Soviet Union.”

Did Nureyev really choose to defect at the airport?

In the movie, Nureyev makes the decision to defect at the Le Bourget airport in Paris, after KGB officers tell him he is being sent back to Moscow to perform at a Kremlin gala. Nureyev was convinced he was being punished for his unruliness in Paris, and that, once he was back on Soviet soil, he would never be allowed back out. The film shows how Clara Saint, whom he befriended in Paris, helped him.

Saint, now 78, confirmed this sequence of events in a 2015 interview with The Australian. After getting a panicked call from Nureyev, she sped to the airport, where she told Nureyev to approach the French police and assured him the KGB could not force him to return to Moscow. Saint was essential in helping him to defect.

Was Nureyev as volatile as The White Crow suggests?

In the movie portrayal, Nureyev comes across as occasionally insensitive and rude. By some accounts, he was far worse. Kavanagh writes that he once threw a ballet dancer on the floor and stormed off, frustrated he could not perform a shoulder lift. “He never apologized for being himself. I think he was a little boy trapped in a man’s body,” Ivenko tells TIME.

Those close to Nureyev have described him as a wild perfectionist, charming and stubbornly rude. He demanded the maximum from himself. “The only critic is a full house,” he would say.

“But we must not forget how generous he was,” says Tamara Rojo. Dancers whom he trained spoke about how he nutured their skills, she says. Long after achieving world fame, Nureyev mentored and trained young ballet dancers, who continue to inspire the next generation today. “He enabled them to be free on the stage,” Rojo adds. “It is very rare for someone who has achieved so much to recognize that each dancer has to become their own artist.”

Was Nureyev one of the greatest ballet dancers of the 20th century?

White Crow showcases Nureyev’s distinct talent, his grand stage presence and his ability to jump higher and leap farther than other male dancers. And his impact on the art form was in fact ”immense,” says Rojo. He “transformed the perception” of what a male classical ballet dancer can do, helping to make the male role in ballet more equal with the female. He’s also seen as the first male ballet dancer to break into other art forms and attract wider audiences, making his acting debut in a film, Les Sylphides, in 1962.

As Director of the Paris Opera Ballet from 1983 until 1989, Nureyev gave the company an international repertoire and reached new audiences. Rojo says he achieved this by bringing in young choreographers who had never been invited to a ballet environment. “He widened the scope of people who created ballet. That’s the best way to reach more people. You can only bluff your way to a new audience for so long,” says Rojo, who has herself worked to make the English National Ballet more diverse and has made a point to commission more female choreographers, a role traditionally carried out by men.

And despite being diagnosed with AIDS in 1984, Nureyev continued working until 1991, just two years before his death in 1993.

But what made him special was not that he was “technically perfect” Ivenko says. Rather, his legacy is the “energy, personality and grandness he brought to the stage and fed to his audience.” As Nureyev himself famously said, “Technique is what you fall back on when you run out of inspiration.” One moment he could appear to be in perfect control, and the next, on the edge of spinning out of control. His fans said his unpredictability only added to his magnetism. In ballet, he performed more than 90 different roles with 30 companies and created his own versions of several ballets including Sleeping Beauty, Swan Lake and Romeo and Juliet.

Nureyev forged his art on on both sides of the Iron Curtain, says Rojo, and forced people to look at what is “sacrosanct, to question it, to challenge traditions.” 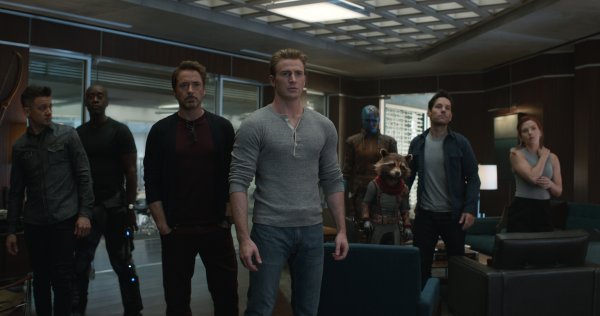 Here's Who Lives, Dies and Comes Back to Life in Avengers: Endgame
Next Up: Editor's Pick