Americans Are Sitting at Record Rates. Here’s Why That’s So Dangerous

Every day, we modern humans stay comfortably seated on our behinds for hours at a time: binge watching shows on Netflix, pecking away on keyboards at work, scrolling through social media feeds. But do people really sit more than they used to?

That’s what Yin Cao and an international group of colleagues wanted to find out in their latest study published in JAMA. While studies on sitting behavior in specific groups of people — such as children or working adults with desk jobs — have recorded how sedentary people are, there is little data on how drastically sitting habits have changed over time. “We don’t know how these patterns have or have not changed in the past 15 years,” says Cao, an assistant professor in public health sciences at the Washington University School of Medicine.

The researchers used data collected from 2001 to 2016 by the National Health and Nutrition Examination Survey (NHANES), which asked a representative sample of Americans ages five and older how many hours they spent watching TV or videos daily in the past month, and how many hours they spent using a computer outside of work or school. The team analyzed responses from nearly 52,000 people and also calculated trends in the total time people spent sitting from 2007 to 2016. Overall, teens and adults in 2016 spent an average of an hour more each day sitting than they did in 2007. And most people devoted that time parked in front of the TV or videos: in 2016, about 62% of children ages five to 11 spent two or more hours watching TV or videos every day, while 59% of teens and 65% of adults did so. Across all age groups, people also spent more time in 2016 using computers when they were not at work or school compared to 2003. This type of screen time increased from 43% to 56% among children, from 53% to 57% among adolescents and from 29% to 50% among adults.

That’s worrisome, says Cao, because sitting too long is linked to chronic diseases that can lead to early death. “Many studies show that TV or video watching time is most strongly associated with chronic disease and increases risk of obesity, cardiovascular disease, cancer, Type 2 diabetes and overall mortality,” says Cao. “We found that a lot of people, around 60%, are watching two hours or more [every day].”

From 2001 to 2016, TV-watching habits did not change significantly, despite the fact that in that time, more research about the dangers of sedentary behavior started emerging and doctors began discussing the hazards of sitting too much with their patients. “The results were a little disappointing in general,” says Cao. “They are definitely a signal that we need to increase public awareness and knowledge about the health impact of prolonged sitting. And we are not there yet — from our data, we haven’t even started yet.”

The increase in total sitting time is likely largely driven by the surge in time spent in front of a computer. As eye-opening as the trend data are, they may even underestimate the amount of time Americans spend sedentary, since the questions did not specifically address time spent on smartphones. While some of this time might have been captured by the data on time spent watching TV or videos, most people spend additional time browsing social media and interacting with friends via texts and video chats — much of it while sitting.

Some positive signs appear in the data, however. Among younger children ages five to 11, the trend of TV and video watching for two hours or more daily decreased slightly from 2001 to 2016, especially among white children, which suggests that their parents are encouraging their kids to be more active and spend less time on the couch.

The data also point to specific groups that may benefit from more targeted education and support for changing sedentary habits. Among all ages, males, African-Americans, people who are obese and those who are physically inactive consistently showed higher prevalence of TV and video watching compared to females, white Americans, people with normal range BMI and those who exercised more. “Our study helps set up a baseline for developing interventions for different subgroups and for understanding how much impact those interventions can have,” says Cao. “It calls for system-level changes if possible, whether they involve issues with the environment, education at school or circumstances that make it hard to be physically active. These are hard questions, but from these data, it’s clear it’s something we need to think about.” 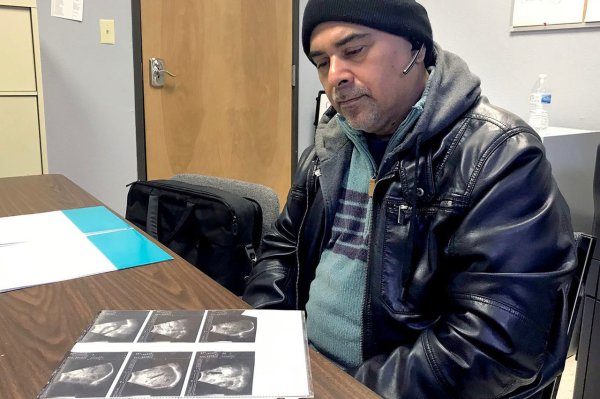 Cancer Is Especially Dangerous for Immigrants in Texas. Here's Why
Next Up: Editor's Pick