In this file photo, Vice President Mike Pence, right, heads down the stairs after stopping to look at a Lockheed Martin F-35 fighter jet, from Maryland, as he tours the "Made in America," product showcase at the White House in Washington, D.C., on July 23, 2018. The costly F-35 program has increased by $22 billion in current dollars adjusted for inflation, according to the Pentagon’s latest annual cost assessment of major projects.
Pablo Martinez Monsivais—AP
By Tony Capaccio / Bloomberg

The estimated total price for research and procurement has increased by $22 billion in current dollars adjusted for inflation, according to the Pentagon’s latest annual cost assessment of major projects. The estimate for operating and supporting the fleet of fighters over more than six decades grew by almost $73 billion to $1.196 trillion.

The increase to $428.4 billion from $406.2 billion in acquisition costs, about a 5.5 percent increase, isn’t due to poor performance, delays or excessive costs for labor or materials, according to the Defense Department’s latest Selected Acquisition Report sent to Congress last week and obtained by Bloomberg News.

Instead, the increase reflects for the first time the current cost estimates for a major set of upgrades planned in coming “Block 4” modifications, according to the report.

“Ensuring our Block 4 efforts are captured in our acquisition baseline and now in our SAR help us to provide full transparency and status on our F-35 modernization progress,” the Pentagon’s F-35 program office said in an emailed statement.

“The F-35 program remains within all cost, schedule and performance thresholds and continues to make steady progress,” the program office said in its statement. The office “is committed to the delivery of cost-effective warfighting capability across all areas of the program.”

But the long-range cost estimate for operating the fleet from 2011 to 2077 was problematic even before the latest independent Pentagon cost projection of an increase to $1.196 trillion. By contrast, the F-35 program office’s latest estimate declined by about $8.5 billion to $1 trillion.

The projected increase is likely to be scrutinized by lawmakers, Pentagon acquisition chief Ellen Lord and Acting Defense Secretary Pat Shanahan because they have been pushing the program office and Lockheed to reduce projected operations and support costs.

As a potential sign of concern, the Pentagon’s fiscal 2021 proposed budget calls for 17 fewer F-35s than planned — 81, according to the Selected Acquisition Report.

“At current estimates, the projected F-35 sustainment outlays based upon given planned fleet growth will strain future service operations and support budgets,” the report said. Lockheed also “must embrace much-needed supply chain management affordability initiatives, optimize priorities across the supply chain for spare and new production parts” and share the data rights to certain F-35 software with the Pentagon.

She said the actions by the No. 1 U.S. defense contractor include supply chain competitions, restructuring supplier contracts, synchronizing spare buys, improving parts reliability and accelerating modifications to earlier aircraft. Likewise, the company has “reduced our portion of ‘cost per aircraft’ per year by 15 percent since 2015 and we continue to look for ways to reduce costs,” she said. 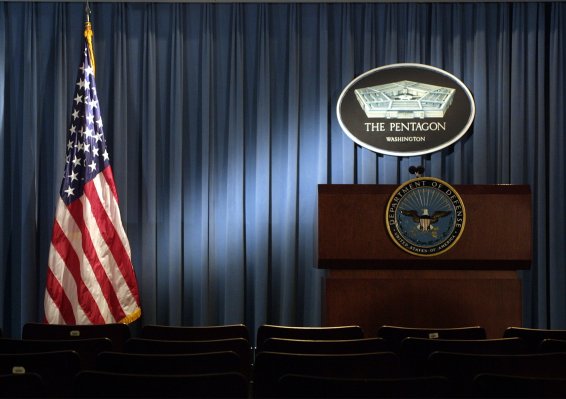