Ever since Jon Snow managed to take out a White Walker at Hardhome, we’ve known that Valyrian steel is capable of killing the Night King’s lieutenants — and hopefully the Night King himself. So with the long-awaited battle between the living and the dead set for the third episode of Game of Thrones season 8, let’s review the status of every Valyrian steel sword that has made its way to Winterfell.

While there are plenty of dragonglass weapons — which are capable of killing the wights — to go around, only a select few of Westeros’ key players are wielding Valyrian steel.

Here’s a list of everyone who has a Valyrian steel sword leading up to the Battle of Winterfell.

Given to by: Lord Commander Jeor Mormont

Given to by: Jaime Lannister

Inherited from: Tommen Baratheon, who inherited it from Joffrey Baratheon

Given to by: Samwell Tarly

Formerly belonged to: Petyr “Littlefinger” Baelish, who claimed he lost it in a bet to Tyrion Lannister

Given to by: Bran Stark 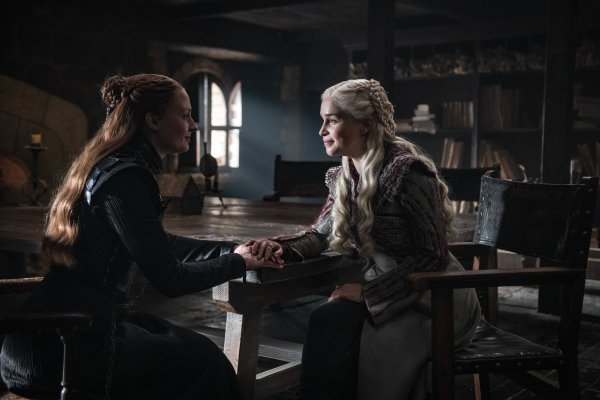 Exactly How Old Are the Characters on Game of Thrones?
Next Up: Editor's Pick