Daenerys Targaryen cares about the Iron Throne more than anything else. Daenerys declared during the second episode of season 8 that she loved Jon Snow and even diverted her singular mission to capture the Iron Throne because of his war. But that was before she knew the real identity of Jon Snow’s parents.

In the final moments of the episode, Jon told Daenerys that he is the son of Dany’s brother, Rhaegar Targaryen, and therefore her nephew. Daenerys, rather than balking at the fact that she was sleeping with her relative, immediately questioned the veracity of the information.

“He saw it?” asks Dany, incredulous.

“And Samwell confirmed it,” says Jon. “He read about their marriage at the Citadel without even knowing what it meant.”

“A secret no one else in the world knew except your brother and your best friend? Doesn’t that seem strange to you?” she asks.

“If it were true, it would make you the last male heir of House Targaryen,” she says. “You’d have a claim to the Iron Throne.” Daenerys doesn’t look saddened by this information, instead, she seems unhappy. Then the sounds of battle begin, and they don’t get to finish parsing the particulars of their family tree.

Daenerys and Jon look poised to fight side by side, likely riding the two remaining dragons, in the Battle of Winterfell. But after that fight is over, they will have to decide who has the best claim to the throne — and most importantly, who gets to rule.

Daenerys is beginning to show shades of the Mad Queen. Sam criticized Dany last episode for punishing her prisoners and suggested that she wouldn’t be a just ruler — and that Jon would make a better king. Later, Dany refuses to agree that the Starks can rule the North independent of King’s Landing. And finally, in this scene with Jon, she seems to briefly forget her love with Jon and the war for the living when she realizes she may lose power.

Western culture has long embraced the idea that those who take up the mantle of leadership unwillingly are more worthy of the power bestowed upon them: The legend goes that George Washington didn’t want to be president but did it for the good of the country — and rejected the crown when offered to him. Mythical figures like Achilles hid from war, and more modern fictional heroes like Harry Potter tried to escape their fate but had responsibility thrust upon them. Jon easily fits in that mold: He’s never wanted to be king or even a commander, but does so because time and again circumstances demand it.

Daenerys, however, wants power and wants it desperately. She is a good leader in many ways. The ruthlessness with which Daenerys has pursued the throne has always been an asset, especially in a world where she is underestimated because of her gender. But she has been singleminded in her approach and can get fire-happy when opposed. Some fans are already questioning whether Daenerys would be willing to murder Jon for the throne. One would hope not, but the answer, right now, is unclear.

Emilia Clarke as Daenerys Targaryen on Game of Thrones
HBO

A traditional story would set Jon up as the obvious hero who eventually sits upon the Iron Throne. But Game of Thrones has always bucked tradition, and hopefully it will in this instance too. Daenerys — who once declared that she would “break the wheel” and instill a new, more just government in Westeros — will have to remember her roots, as a liberator of slaves and a benevolent ruler. She will have to fight against her father’s legacy as a cruel dictator. But she could prove just as worthy of the throne. 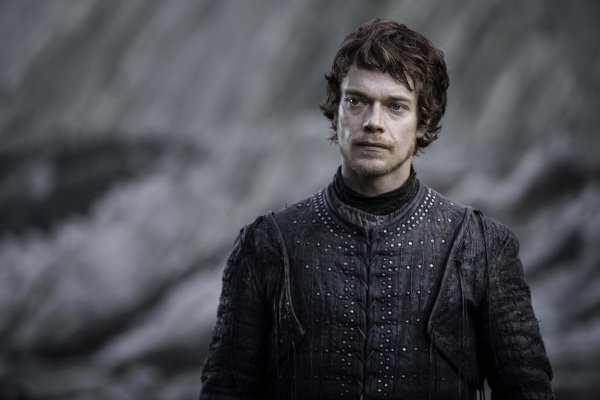 How Theon's Homecoming May Bring His Story Full Circle in Game of Thrones
Next Up: Editor's Pick