A male Sumatran tiger at a zoo in Topeka, Kansas attacked and seriously injured a staff member on Saturday morning.

The 7-year-old tiger, named Sanjiv, “essentially tackled” the primary tiger keeper at the Topeka Zoo at around 9:15 a.m., zoo Director Brendan Wiley said at a press conference. The female keeper, whose name has not yet been released, is in stable condition, but she suffered “lacerations and punctures” to her back, neck, head and arm, Wiley said.

Wiley said that there were “a lot” of people in the zoo at the time, and that the attack had happened in full view of guests.

“It was all right there- kind of on the other side of the glass – if you can picture viewing that at our tiger viewing window,” Wiley said.

Wiley said that the zoo is still investigating the incident, but the attack seems to have been the result of an “error.” Staff members are never supposed to be in the same space with tigers, he explained.

He credited three “heroes” on the zoo’s staff for handling the situation. Without them, Wiley said, “this could have been a very different outcome.”

“It’s a very hard day here. Some of our staff witnessed things that you hope you go through a career without witnessing,” said Wiley.

He said that there are no plans to put the tiger down.

“Sanjiv, this morning, did exactly what a tiger would when something comes into its territory. There is absolutely no consideration to euthanize Sanjiv,” Wiley said.

He added that Sumatran tigers are critically endangered, and that Sanjiv is part of the Association of Zoos and Aquariums’ species survival plan for the tiger. The tiger fathered four cubs last year, Wiley said.

Wiley said that an incident like this has never happened at the Topeka Zoo, and that the zoo will reevaluate its safety protocol to ensure that something like this does not occur again. He assured reporters that the zoo’s guests are in no danger.

The zoo temporarily closed after the attack, but it has since reopened. 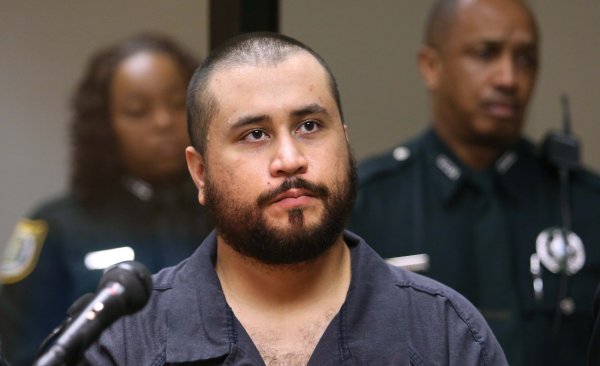 Tinder and Bumble Block George Zimmerman
Next Up: Editor's Pick