Why the Mueller Report Shouldn't Be the Final Word on Trump, Russia and Obstruction of Justice

In “The Special Counsel’s Charging Decisions” section of Volume I of the Mueller Report, the Special Counsel reveals some of the frustration that prosecutors can face in the course of an investigation. We also gain some insight into why a prosecutor’s decision to not bring charges can change. Because such a decision relates to the available and admissible evidence at the time it’s made, it is not always final. Evidence doesn’t always reveal itself in a clear, linear path.

Mueller details several of the charges he considered — criminal campaign-finance violations, conspiracy and false statements, acting as an unregistered foreign agent — and notes that some cases involving lies were charged. But Mueller also concludes that there was insufficient evidence for the others.

As we all know by now, that does not mean no crimes were committed. Indeed, in his later discussion of obstruction of justice, Mueller tells us that he would not hesitate to say if that were so. Rather, what it means is that prosecutors did not believe they had admissible evidence that would meet the high burden of proof — beyond a reasonable doubt — that is required by our criminal justice system.

Mueller discusses some of the reasons evidence may have been hard to come by. Some witnesses declined to testify, invoking their Fifth Amendment privilege against self-incrimination. Some of the evidence that prosecutors were able to obtain was privileged and would be inadmissible in court. Other witnesses provided false or incomplete testimony; as Mueller states in the report, the President himself refused to answer any questions at all about obstruction of justice. Still others destroyed or encrypted relevant communications. And because “numerous witnesses and subjects lived abroad” the Special Counsel did not have ready access to them. “Accordingly,” Mueller wrote, “while this report embodies factual and legal determinations that the Office believes to be accurate and complete to the greatest extent possible, given these identified gaps, the Office cannot rule out the possibility that the unavailable information would shed additional light on (or cast in a new light) the events described in the report.”

What does that mean? Mueller is not the first prosecutor to uncover evidence that questionable or even criminal conduct took place, only to find himself without legally sufficient evidence to warrant charging wrong-doers. Sometimes, it ends there. In other cases, significant new evidence comes to light and an investigation is properly reopened. While a defendant who goes to trial and is acquitted cannot be retried by the same sovereign under the double jeopardy doctrine, there is no such rule for subjects involved in an inconclusive investigation, which Mueller clearly indicates this one was.

Is it likely anything new and sufficiently significant to warrant further investigation could develop here? Presumably, Mueller had the best shot, and he declined to pull the trigger. But former informal Trump advisor Roger Stone is awaiting trial, and according to the Mueller Report, there are some 12 related cases sent to other prosecutors for investigation. It’s possible a convicted defendant could decide to cooperate, or a treasure trove of documentary evidence could come to light during a search in a new case.

No one wants to see this sad episode in our country’s history drag on, but the question of whether Americans conspired with the Russian government to influence a presidential election is far too critical to remain unanswered because information was concealed, destroyed or unavailable. There has been much discussion of Mueller providing Congress with a road map for investigation of obstruction of justice. But when it comes to coordination between the campaign and Russia’s government, Mueller seems to be suggesting the same thing: there is further work to be done. The conclusions in his report are prosecutors’ decisions, grounded in the stern requirements of the criminal law and the available evidence. But as Mueller noted, further evidence, whether it comes from investigation on the Hill or in ongoing federal and state criminal cases, could shed new light on our understanding of what took place. Attorney General William Barr may have exonerated the President, but Mueller didn’t. 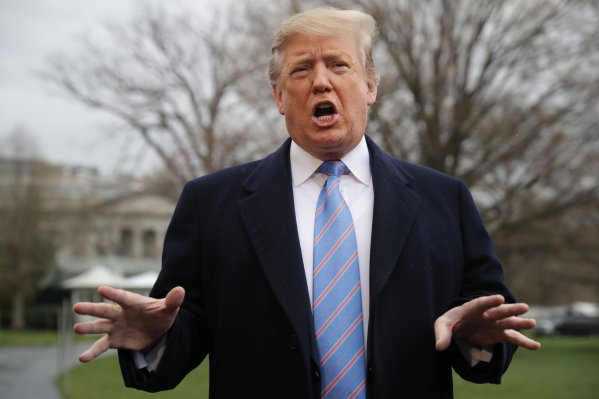 Robert Mueller Was Wrong. President Trump Can Be Indicted
Next Up: Editor's Pick