By Alana Abramson and Ashley Hoffman

At just 21 years old, Khalid is already on the path to becoming something of a legend in the hip-hop world.

But there were once haters who doubted his skills, and even bullied him.

“I guess people didn’t like my singing or my voice. It’s something that happens to everyone in high school, but I had a good friend group to get me through it. I never let it get me down,” the R&B singer and songwriter told TIME at the TIME 100 gala in New York City Tuesday.

Khalid, born Khalid Robinson, hit the red carpet before performing for his fellow honorees as one of TIME’s most influential people of 2019. Taylor Swift is set to perform at the gala as well.

Since he released his first single in 2016, his songs have repeatedly topped the billboard charts. In 2017, he snagged an MTV video music award for best new artist and he’s showing no signs of slowing down.

Alicia Keys, who wrote his tribute for this year’s TIME 100, praised him as “totally unique.” “He’s accessible—almost like you’ve met somebody like him before, although there’s nobody else like him,” Keys wrote. 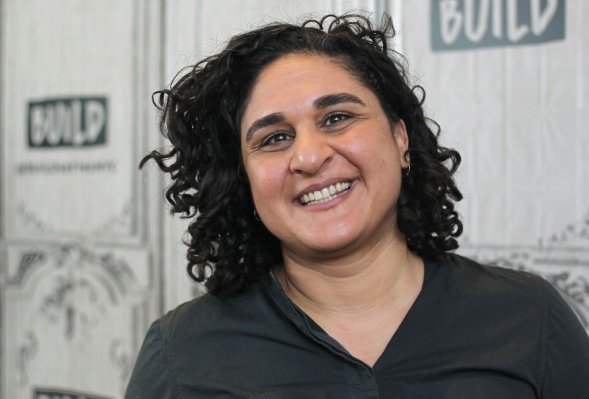 One Taste Samin Nosrat Would Give Up If She Absolutely Had to Live Without It
Next Up: Editor's Pick