It’s Not All About Trump. The Mueller Report Has a Message for You, Too

Ideas
By Julie Myers Wood
Wood, the CEO of Guidepost Solutions, served as the Assistant Secretary of Homeland Security for Immigration and Customs Enforcement and worked as a lead prosecutor for Independent Counsel Kenneth Starr.

While much of the Mueller Report discusses the President and his campaign, it is essential that readers who skipped ahead to the section detailing whether President Trump obstructed justice return to the very beginning of the Mueller Report. The public should not only focus on questions surrounding the Commander in Chief and roadmaps for Congress, but indeed the roadmap Mueller lays out for how the rest of us should act when it comes to politics today.

Carefully written and heavily footnoted, Volume I of the report provides indisputable evidence of the Russian government’s “sweeping and systematic” interference with the 2016 election. Although many of the details were previously provided in indictments or congressional testimony, the report gives a comprehensive and thorough analysis of Russian attempts to manipulate both ordinary Americans and campaign leaders as tools for corruption. In particular, it provides insight into the Russian tactics used to infiltrate the Trump campaign, the Russian hacking of campaign and political organization computers to steal and disclose damaging information, and their use of social media to propagate false information and disrupt political discourse.

It is this information that will be useful for social media companies, campaigns and all Americans as a reminder of both the necessity of protecting our electoral process and the grave potential for abuse.

All campaign workers should be aware of potential outreach efforts by foreign agents, starting early and occurring often, and campaigns must ensure that they have in place processes to screen the backgrounds and potential motives of visitors, volunteers, employees and information offered to the campaign. While obtaining negative information on opponents is often seen as just a routine part of a campaign, the people who lead future campaigns have no excuse not to be aware of the potential for foreign influence. Campaign officials must also ensure that robust cybersecurity is a core element of campaign technology and that candidates and staff are well-educated on reducing cyber vulnerabilities. Meanwhile, social media companies should continue to make vigorous efforts to prevent disinformation and bar phony users who are foreign agents from their services.

But in the end, it really comes down to the public, what we pay attention to and how we act. All Americans should now think twice before they click, like and share. In doing so, we can all help protect and preserve our electoral system. 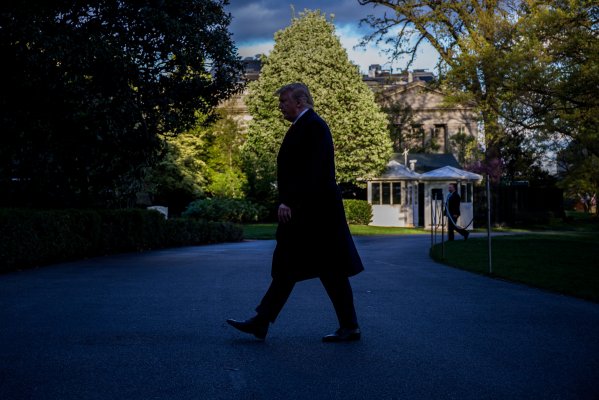 Donald Trump Is Weak and Afraid. The Mueller Report Proves It
Next Up: Editor's Pick