Speaking at the first Time 100 Summit in New York City on Tuesday, prominent geneticist George Church admitted that for about 10 years, he knew biological weapons could be specifically targeted to individual people. But he kept it to himself.

Church, a professor of genetics at Harvard Medical School, participated in a panel discussing how to introduce breakthroughs in medicine, which can become life-saving miracles, in ethical and responsible ways. He discussed his decision not to share his knowledge widely as an example of a line he consciously decided not to cross for ethical reasons.

“I kept that a secret and didn’t tell anybody for a decade,” he said. When another researcher shared the same idea with him years later, along with his plans to publish it in a popular title, Church questioned the choice. “I asked, ‘do you really want to do this, enabling no particular purpose?’ It was a line I didn’t cross, and wouldn’t.”

Church is among the first scientists to appreciate that DNA and genes would become the biological currency of this century. He has contributed to critical advancements in gene editing, which remains controversial for its enormous power to permanently alter the human gene pool, as well as that of plants and animals. Gene editing could make it possible to erase lethal diseases, produce higher crop yields and even create healthier foods. But genetic manipulation, taken to another extreme, can create super bugs and even possibly create super humans with enhanced abilities to think, move and alter their world. Current regulations, social norms and cultures have been slow to address how best to apply these possible changes to the human experience.

“Most ideas I do share, because if we talk about ideas far in advance, then we can stay ahead of them and not just catch up to them. It’s the rare one every now and then that could buy us an extra 10 years if I shut up,” Church said.

Church believes that government regulators are critical to ensuring that new technologies like gene editing are used in their most effective and potentially life-saving ways rather than for nefarious purposes.

Church’s fellow panelist, Dr. Guiliano Testa, chief of abdominal transplantation at Baylor University Medical Center performed the first successful uterus transplant that resulted in the birth of a healthy baby in 2017. She echoed the need for giving society time to accept and apply new innovations in the most powerful ways.

“We need to have faith in humanity,” he said.

The final panelist, Pardis Sabeti, joined the call for needing more humanity in applying scientific advances. She’s a professor in Harvard University’s Center for Systems Biology and Department of Organismic and Evolutionary Biology.

Sabeti played a key role in directing the emergency response to the Ebola epidemic in western Africa that began in 2013 and culminated in 2016. She and her team sequenced samples of the Ebola virus isolated from those who were infected in order to determine, real time, how the infections were spreading. That helped public health experts decide on the most effective control strategies by tracing patients’ immediate contacts and ensuring that those at highest risk of spreading the virus were properly supported and monitored.

“The problem with the way we quarantined people during the [Ebola] outbreak early on was that it was draconian,” she said, “It made people feel isolated. I wrote a memo for people in the Pentagon and the President’s office a week into the outbreak that we need Disney involved. We need a food court, we need people who know how to help people get in and out of the [Hazmat] suits and make people who are infected know that they are secure and loved, not isolated. I believe in quarantine; it is effective. But I think our entire culture about the way we think about quarantine needs to change so we engage each other as partners.” 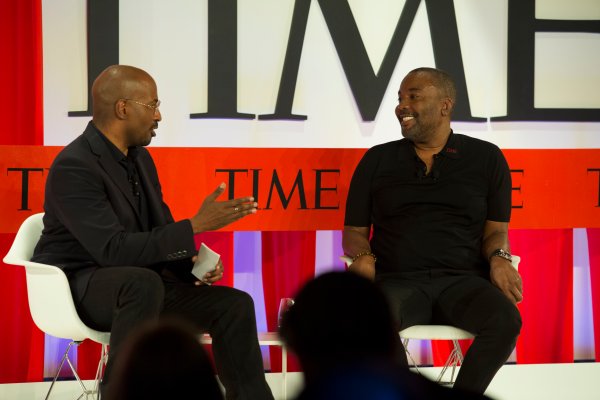 Lee Daniels: 'Just Because It's Black, Don't Mean It's Woke'
Next Up: Editor's Pick