'Our Pain Is Never Prioritized.' #MeToo Founder Tarana Burke Says We Must Listen to 'Untold' Stories of Minority Women

More than a year after #MeToo exploded and prompted millions of survivors to share their experiences with sexual assault and harassment, Tarana Burke, the activist who founded the movement, said there is “so much more” that needs to be discussed, including the “untold” stories of minority women.

At the inaugural TIME 100 Summit on Tuesday, Burke said much of the focus of the movement has been put on powerful men in Hollywood and the mostly white female celebrities who have accused them of sexual assault and misconduct. But there are tons of voices that have gone unnoticed, including those of indigenous women and minorities, the activist said.

“The women of color, trans women, queer people—our stories get pushed aside and our pain is never prioritized,” said Burke, a survivor of sexual violence. “We don’t talk about indigenous women. Their stories go untold.”

As the movement evolves, Burke also said it’s important to talk about holding decent men accountable when they act inappropriately, even if they are perceived to be an “ally” in other areas.

“What I realized in the last year is that people are OK when you’re talking about the big, scary bad guy,” Burke said, rattling off the names of “big boogymen” public figures who have been accused of sexual misconduct, including Harvey Weinstein and R. Kelly.

“But when we start talking about . . . the good guy who’s an ally to women, who looks out for everybody, who’s a stand-up person, but maybe behaves in a way that is too permissive, then it’s a problem,” she added. “The reality is if we want to really look toward ending sexual violence, we have to examine all of our behavior.”

Burke started the grassroots Me Too movement in 2006 to help sexual assault victims after being sexually assaulted herself. In 2017, TIME named “The Silence Breakers,” those who shared their stories of sexual assault and harassment, as Person of the Year after actor Alyssa Milano helped popularize Burke’s movement with a viral tweet urging every woman who had ever been sexually harassed or assaulted to write “me too” in a social media post.

In just one year, the #MeToo hashtag has been used more than 19 million times on Twitter alone, according to a Pew Research Center analysis.

“You have millions of people walking around, saying my life has been adversely affected by this. We need culture change,” Burke said Tuesday, adding that she’s “hopeful” the movement will make a difference.

“Peoples hearts and minds are changing,” she said. “We can shift culture if we work in unison.” 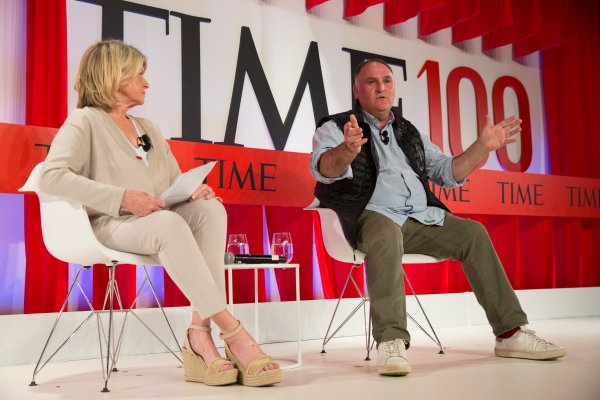 'Stop Planning and Start Cooking.' José Andrés on the Power of Food in the Midst of Tragedy
Next Up: Editor's Pick