'I Was Boiling.' Woman Wears All of Her Clothes to Avoid an Extra Baggage Fee

It’s often said that necessity is the mother of invention and for a recent plane passenger, an $85 baggage fee motivated her to don nearly nine lbs. of clothing.

Natalie Wynn, a 30-year-old woman headed to an all-inclusive vacation from Manchester, England, opted for a creative, if uncomfortable alternative to paying an extra fee after she found out that her luggage was 8.81 lbs over the permitted weight limit for her Thomas Cook Airlines flight.

“I didn’t want to be using the little amount [of money] I had just so I could get my bag on the plane,” Wynn told The Sun. “I literally said, ‘I’m not paying it’, and started putting my clothes on…I was boiling, absolutely boiling.”

Wynn’s nine lbs. of clothing amounted to seven dresses, two pairs of shoes, two pairs of shorts, a skirt and a cardigan, which she was allowed to repack into her baggage once she had boarded the flight. She later explained that she turned to wearing the excess weight in her suitcase because the extra baggage fee was more than the money she had brought for her vacation.

“Because I had booked an all-inclusive holiday so was getting all my food and drink, I didn’t plan on bringing much money with me,” she said. “I think I only had about €69 in my account just to bring with me on holiday.”

Wynn’s resourceful approach to travel even impressed the airline she flew with; a spokesperson for Thomas Cook told People: “Natalie’s ingenuity here is noted! The good news for Natalie and the rest of our customers, is that later this month we are increasing our hand baggage allowance to 8kg. This will hopefully help her travel a little less like Joey from Friends next time.” 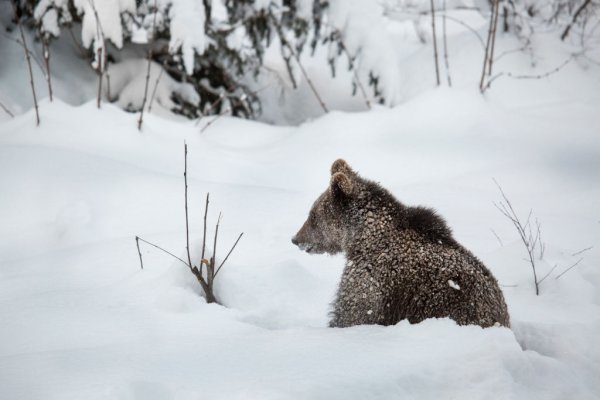 Bear Cub Who Made Fast Friends With Snowboarders on the Slopes Just Wants to Hang Out
Next Up: Editor's Pick