'A Toxic Representation of History.' Ancestry Pulls Ad After Criticism That It Romanticized Slavery

The DNA testing company Ancestry has taken down an ad showing a white man and a black woman who are in love attempting to escape what appears to be the the Civil War-era South.

The 30-second commercial, entitled “Inseparable,” shows the couple running to a secluded spot.

“Abigail, we can escape to the North,” the man tells the woman. “There’s a place we can be together across the border. Will you leave with me?”

As the ad ends, text appears on the screen saying, “Without you, the story stops here.”

Backlash was swift as critics accused the company of offering a romanticized version of American history. Most biracial or multiracial children born at the time were products of rape of women by slave owners, research has found.

Interracial coercion and sex was widespread in the Antebellum South, where slave owners often propositioned girls in their teens, according to an article in the Journal of African American History. A 2016 study looking at the history in the DNA of African Americans today found evidence that white slave owners fathered children with the women they held as slaves in a common practice that appeared to cease around the end of the Civil War.

Sylviane Diouf, a historian and visiting scholar at Brown University, tells TIME the ad at first seemed like some sort of parody and did not at all reflect the reality of the era where the vast majority of sexual encounters for enslaved people was through coercion.

“They’re going for a nice, positive image of America. It’s a nicely packaged recreation which is absolutely untrue,” she says. “It’s insulting. It was a horrible history of exploitation at all levels.”

The ad, Diouf says, is offensive another level.

“It presents the white man as the savior and the organizer of the escape, when we know very well that enslaved people ran away on their own and found assistance only once they reached the North,” Diouf says. “It’s a toxic representation of history that fits well into a white supremacy and male dominion frame.”

Ancestry took the ad down from its YouTube channel. In a statement to TIME, the company said: “Ancestry is committed to telling important stories from history. This ad was intended to represent one of those stories. We very much appreciate the feedback we have received and apologize for any offense that the ad may have caused. We are in the process of pulling the ad from television and have removed it from YouTube.” 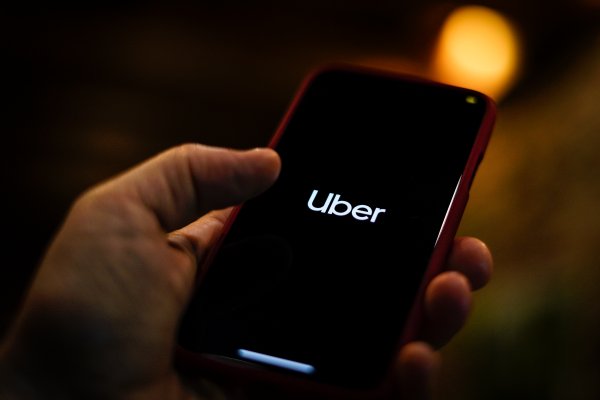 Uber’s Self-Driving Arm Gets $1 Billion Investment
Next Up: Editor's Pick