By Vera Bergengruen and W.J. Hennigan

In his highly-anticipated, 448-page report released on Thursday, special counsel Robert Mueller laid out in painstaking detail the Trump campaign’s willingness to engage with Russian officials on a wide range of politically sensitive matters.

Dozens of Russians, directed by the highest levels of the Kremlin, repeatedly contacted at least 17 Trump campaign officials, advisors, and associates. These Trump intermediaries included Ivanka Trump’s friends in the fashion industry, an array of Wall Street bankers and financiers, a Maltese professor and a man mistakenly believed to be an Olympic weightlifter.

Taken together, the report illustrates not only Russia’s ambitious effort to influence the Trump campaign, but also Trump aides’ eager acceptance of nearly every entreaty. Trump officials were willing to meet with Russians in the U.S., London or Moscow and even arrange a face-to-face meeting with Putin, the report says.

All these contacts, however, did not clear the high bar of criminality. “While the investigation identified numerous links between individuals with ties to the Russian government and individuals associated with the Trump campaign, the evidence was not sufficient to support criminal charges,” the report says, adding that no campaign official was charged as an unregistered agent of the Russian government.

Trump aides often seemed eager to interact with Russians not because they hoped to influence foreign policy or national security, but because they thought it would prove useful to the campaign and burnish their standing with Trump. Trump’s former personal lawyer Michael Cohen, for example, repeatedly met with Russians in an effort to negotiate building a Trump Tower in Moscow, and Paul Manafort, Trump’s former campaign chairman, reached out to influential Russians in an effort to repay his debts to a Russian oligarch. Others used their ties to Trump to solicit new business or investments, or in an effort to appear more connected or useful to their bosses.

“Although the investigation established that…the Campaign expected it would benefit electorally from information stolen and released through Russian efforts,” the report says, “the investigation did not establish that members of the Trump Campaign conspired or coordinated with the Russian government in its election interference activities.”

Mueller’s report also provides an array of new details about how Russian government-linked individuals began “showing interest” in Trump associates almost as soon as Trump announced his presidential run in June 2015. Just weeks into his long-shot candidacy, in August 2015, the editor of a Russian online newspaper emailed Trump’s press secretary Hope Hicks asking for an interview with her boss. The previous day, the site’s founder — a former Russian parliamentarian, Konstantin Rykov — “had registered two Russian websites-Trump2016.ru and DonaldTrump2016.ru,” according to the report.

The interview with Trump never happened, but Moscow was hardly discouraged. In the following months, the Russian government deployed a wide range of intermediaries, including reality TV contacts and the Russian ambassador, to cozy up to anyone with connections to the Trump campaign, often relying on Trump’s bottomless list of contacts from his decades in international business and entertainment as entry points. If one avenue proved ineffective, they would quickly follow-up through other channels.

In one case in December 2015, a friend of Ivanka’s from the fashion industry, Mira Duma, passed along an invitation on behalf of Russian deputy prime minister Sergei Prikhodko for Ivanka and her father to visit the St. Petersburg Economic Forum. Trump’s longtime secretary Rhona Graff declined the invitation, but three months later Prikhodko tried again, this time personally, according to the report.

At the same time, a New York investment banker named Robert Foresman also contacted Graff, who he was connected to by “The Apprentice” producer Mark Burnett. He said he had had an “approach” from “senior Kremlin officials” asking for Trump to speak at the same forum in St. Petersburg.

During the same period, the wife of Dmitry Klokov, the communications director for a former Russian energy minister, also reached out to Ivanka Trump in November 2015 to set up a meeting with Putin. Cohen, Trump’s then-lawyer, wrongly believed that Klokov was an Olympic weightlifter after a quick Google search revealed a man of the same name. He exchanged several emails and a call with Klokov’s wife.

The report lays out in stunning detail how the Trump campaign’s hastily assembled foreign policy team—poorly staffed and consistently in disarray—ended up with several advisers who were especially easy targets. Staffers like Carter Page and George Papadopoulos, for example, were eager to prove their importance to the campaign by meeting with foreign business or government officials. And the Russians, encouraged by Trump’s apparent willingness to reset U.S.-Russia relations, were happy to oblige, approaching them through emails, phone calls, meetings and trips abroad.

Papadopoulos’ rapid rise and fall is one striking example. Trump campaign chairman Sam Clovis, who was tasked with quickly assembling a foreign policy team from scratch, hired Papadopoulos after a quick Google search into the 28-year-old’s credentials. A short time later, the inexperienced Papadopoulos connected with Joseph Mifsud, a Maltese professor in London. Mifsud, who investigators say has “substantial” ties to the Kremlin, met with Papadopoulos again 10 days later along with a woman he introduced as Putin’s niece, to discuss arranging a meeting between Trump and Putin. Despite having just met him, the report shows Papadopoulos emailed campaign officials boasting of his “very productive lunch with a good friend of mine, Joseph Mifsud” who had offered to serve as an intermediary to set up a meeting with Russian officials.

For months, Papadopoulos “continued to correspond with, meet with, and seek Russia contacts,” according to the report, while repeatedly trying to set up a meeting between Trump and Putin—an ambition that neither the candidate nor anyone else on his campaign actively discouraged. Mifsud also told Papadopoulos that the Russians had “dirt” on candidate Hillary Clinton in the form of thousands of emails. Papadopoulos eventually pleaded guilty to making false statements to FBI agents and served time in federal prison.

The report also found that the Russians, while willing to cast a wide net, were also quick to weed out contacts they considered less useful.

Take Page, for example. Russian intelligence officials, who had a relationship with Page from his time working in Russia in 2008 and 2013, were initially enthusiastic about using him as a way into the Trump campaign, according to the report. The officials invited Page to give a high-profile commencement address at the New Economic School in Moscow, which told investigators that “the interest in inviting Page to speak at NES was based entirely on his status as a Trump Campaign advisor.” But the shine soon wore off as Russian officials found that he could not get them much access. Putin spokesman Dmitry Peskov dismissed the possibility of a high-level meeting with him, writing in an email, “I have read about [Page]. Specialists say that he is far from being the main [adviser]. So I better not initiate a meeting in the Kremlin.”

By May 2016, Papadopoulos relayed the Russian Ministry of Foreign Affairs were “open for cooperation,” and forwarded a note to Manafort when he became chairman of Trump’s campaign in May 2016. Manafort had no “meaningful income” when he joined the team, but saw the job as a way to resuscitate his political consulting career, which “could be financially beneficial in the future.” Within two months of taking over as chairman, he met in New York with Konstantin Kilimnik, a long-time business associate believed to have ties to Russian intelligence, according to a court filing unsealed in January 2019. The two discussed “a strategy for winning Democratic votes in Mid-western states,” according to the Mueller report. Manafort and his deputy Rick Gates later transferred internal campaign polling data to Kilimnik throughout 2016.

Mueller’s team wasn’t able to determine what happened to the polling data after it was sent to Kilimnik, nor whether the information was used to target voters in swing states. “The Office did not identify evidence of a connection between Manafort ‘s sharing polling data and Russia’s interference in the election,” the report says. “The investigation did not establish that Manafort otherwise coordinated with the Russian government on its election-interference efforts.”

There were, of course, the one-on-one meetings, but the report also documents how the Trump team unknowingly broadcast propaganda produced by the Russian Internet Research Agency (IRA), an organization funded by Yevgeniy Prigozhin, who has been nicknamed “Putin’s chef” for his ties to the Russian president. “On multiple occasions, members and surrogates of the Trump Campaign promoted–typically by linking, retweeting, or similar methods of reposting–pro-Trump or anti-Clinton content published by the IRA through IRA-controlled social media accounts,” the report says.

At the end of 2016, Russian agents posted just under 30,000 times on Facebook, yet the operation generated almost 13 million shares, 15 million likes and 1.3 million comments, according to a research team at Oxford University. IRA employees also represented themselves as Americans “to communicate with members of the Trump campaign in an effort to seek assistance and coordination on IRA-organized political rallies inside the United States,” the report says.

“Immediately after the November 8 election, Russian government officials and prominent Russian businessmen began trying to make inroads into the new administration,” the report says. But the Russians’ previous approach of using a web of business and unofficial contacts to get close to the Trump campaign meant that after the election, they had difficulty establishing formal communications. “They appeared not to have preexisting contacts and struggled to connect with senior officials around the President-Elect,” according to the report.

In January of 2017, Erik Prince, the brother of Education Secretary Betsy DeVos and the founder of the private military contractor formerly known as Blackwater, traveled to Seychelles and met with Kirill Dmitriev, the head of the Russian Direct Investment Fund, to allegedly help develop a working back-channel. Prince initially said his meeting had been unplanned. But American businessman George Nader, who helped organize the meeting, began cooperating with Mueller’s investigation and contradicted this claim.

Rolf Mowatt-Larssen, the CIA’s former chief of the Europe division in the directorate of operations, who is now at the Harvard Kennedy School’s Belfer Center, says it should not be surprising that the Mueller report is not conclusive in the case for collusion. He points out on the Just Security legal blog that it often takes years to reach the legal threshold for prosecution for espionage — even if the counterintelligence case is compelling.

“Not reaching the legal standard for prosecution does not ‘exonerate’ anyone from being guilty of espionage-related activity,” he says. “That is a separate determination based on different standards of evidence that applies to prosecution.”

With reporting by John Walcott in Washington 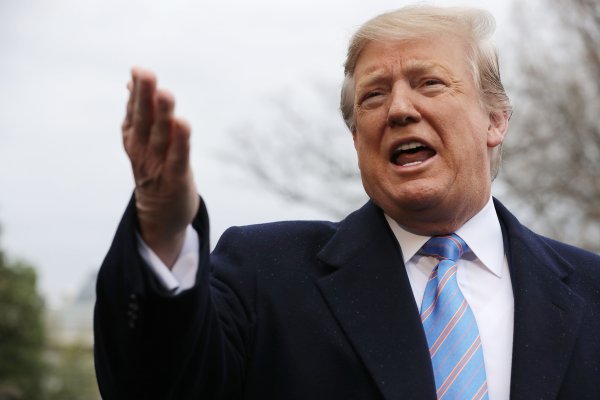 Obstruction of Justice Usually Happens Behind Closed Doors. But Trump's Actions Were Public
Next Up: Editor's Pick