President Donald Trump didn’t offer a lot of specifics when he submitted written responses to questions from Special Counsel Robert Mueller, but he did attempt to make one thing clear: That time he publicly asked Russia to find Hillary Clinton’s missing emails was just in “jest,” he said.

Among the many nuggets made public in the long-awaited Mueller report released Thursday were Trump’s written responses to the Special Counsel’s questions regarding Russian election interference and possible obstruction of justice. As the report notes, Trump replied more than 30 times that he had “no recollection” or did not “recall” specific information requested by Mueller’s team, including details of the June 2016 Trump Tower meeting, potential support from Russian President Vladimir Putin for his presidential campaign, or discussions pertaining to WikiLeaks head Julian Assange.

But Trump’s response was clearer when Mueller’s team asked why the President said during a July 27, 2016 press conference: “Russia, if you’re listening, I hope you’re able to find the 30,000 emails that are missing. I think you will probably be rewarded mightily by our press.”

Clinton faced intense scrutiny over her use of a private email server during her time as secretary of state — including for more than 30,000 emails that were deleted and not turned over to the public. The Clinton campaign swiftly condemned Trump’s comments about her deleted emails, but Trump later emphasized his position on Twitter, writing “If Russia or any other country or person has Hillary Clinton’s 33,000 illegally deleted emails, perhaps they should share them with the FBI!”

The newly released Mueller report also lays out the special counsel office’s efforts to cajole the President into speaking with them, a process that began in December 2017 and dragged on for more than a year:

The following month, the special counsel’s office noted the “insufficiency” of the President’s responses:

The report then goes on to note that it considered issuing a subpoena for the President’s testimony, but ultimately declined to do so because “at that point, our investigation had made significant progress and had produced substantial evidence for our report. We thus weighed the costs of potentially lengthy constitutional litigation, with resulting delay in finishing our investigation, against the anticipated benefits for our investigation and report.”

It goes on to state that “we determined that the substantial quantity of information we had obtained from other sources allowed us to draw relevant factual conclusions on intent and credibility, which are often inferred from circumstantial evidence and assessed without direct testimony from the subject of the investigation.” 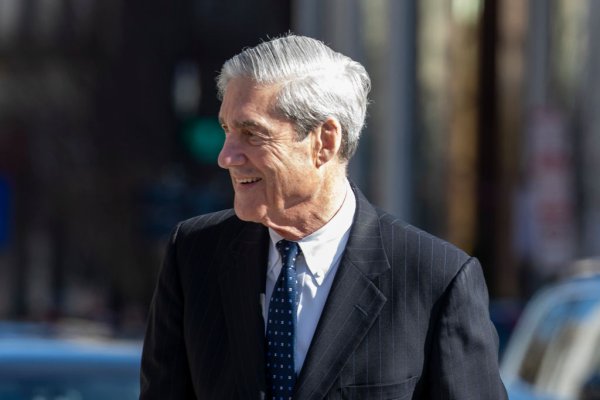