Here Are All the Ways Trump May Have Obstructed Justice

Special Counsel Robert Mueller investigated a number of ways in which President Donald Trump may have have attempted to obstruct justice.

In an almost 400-page report sent to Congress Thursday, the former FBI director said that he had decided against accusing Trump of obstructing justice because the President would not have the ability to defend himself in a trial.

At the same time, he said if he could declare Trump innocent of wrongdoing, he would do so.

“While this report does not conclude that the President committed a crime, it also does not exonerate him,” he wrote.

Here’s a closer look at the specific ways in which Trump may have obstructed justice.

U.S. President Donald Trump, left, shakes hands with James Comey, director of the Federal Bureau of Investigation (FBI), during an Inaugural Law Enforcement Officers and First Responders Reception in the Blue Room of the White House in Washington, D.C., on Jan. 22, 2017.
Andrew Harrer—Bloomberg via Getty Images

What he did: During a private dinner at the White House in January of 2017, Trump asked FBI Director James Comey to pledge his loyalty. “The President said, ‘I need loyalty, I expect loyalty,'” Comey recounted in testimony before a Senate committee that June.

Why it matters: FBI directors swear an oath to “support and defend the Constitution of the United States,” and are not supposed to be loyal to the president personally.

Read More: Mueller Would Not Say Whether Trump Obstructed Justice. Here’s Why

Trump asked Comey to drop an investigation into Michael Flynn

What he did: In a one-on-one meeting in February of 2017, Trump asked Comey to shut down an investigation into his former national security advisor Michael Flynn. Comey wrote in the memo that Trump told him, “He is a good guy. I hope you can let this go.”

What Mueller wrote: “According to Comey’s account of the meeting…the President began the conversation by saying, ‘I want to talk about Michael Flynn. The President stated that Flynn had not done anything wrong in speaking with the Russians, but had to be terminated because he had misled the Vice President…The President stated, ‘I hope you can let this go.’ Comey agreed that Flynn ‘is a good guy’ but did not commit to ending the investigation of Flynn. Comey testified under oath that he took the President’s statement ’as a direction’ because of the President’s position and the circumstances of the one-on-one meeting.”

Why it matters: For decades, presidential administrations have limited contacts between the White House and the Justice Department on specific law enforcement cases.

In this Wednesday, May 3, 2017, photo, then-FBI Director James Comey testifies on Capitol Hill in Washington, before a Senate Judiciary Committee hearing. President Donald Trump abruptly fired Comey on May 9, ousting the nation's top law enforcement official in the midst of an investigation into whether Trump's campaign had ties to Russia's election meddling.(AP Photo/Carolyn Kaster)
Carolyn Kaster—AP

What he did: In May of 2017, Trump fired Comey, argued he was no longer “able to effectively lead the Bureau” due to his handling of the investigation into Hillary Clinton’s personal email server.

What Mueller wrote: “On May 3, 2017, Comey testified in a congressional hearing, but declined to answer questions about whether the President was personally under investigation. Within days, the President decided to terminate Comey.”

Why it matters: Since 1968, FBI directors have been appointed to 10-year terms in order to preserve their independence from political pressure.

Trump misrepresented why he fired Comey

What he did: In the letter firing Comey, Trump claimed that he was doing so on the advice of Attorney General Jeff Sessions and Deputy Attorney General Rod Rosenstein, but in fact he had already decided to do so.

What Mueller wrote: “The day of the firing, the White House maintained that Comey’s termination resulted from independent recommendations from the Attorney General and Deputy Attorney General that Comey should be discharged for mishandling the Hillary Clinton email investigated. But the President had decided to fire Comey before hearing from the Department of Justice.”

Why it matters: The misdirection raises questions about Trump’s stated reasons for firing Comey, including whether he was actually trying to influence investigations into his campaign.

What he did: Trump asked Director of National Intelligence Dan Coats, CIA Director Mike Pompeo, NSA Director Mike Rogers and Comey to state publicly that no link existed between him and Russia.

What Mueller wrote: “In the weeks following Comey’s March 20, 2017 testimony, the President repeatedly asked intelligence community officials to push back publicly on any suggestion that the President had a connection to the Russian election-interference effort…According to Coast, the President asked them whether they could publicly say that no link existed between him and Russia…The President also said that the news stories linking him with Russia were not true and asked Rogers if he could do anything to refute the stories…The President asked Comey what could be done to ‘lift the cloud.’”

Why it matters: Presidents do not typically order officials to clear them of wrongdoing, although Coats and Rogers said they did not interpret his request as an order.

Attorney General Jeff Sessions speaks during a news conference in Washington on Nov. 1, 2018. Sessions resigned from the position on Wednesday.
Pablo Martinez Monsivais—AP/REX/Shutterstock

What he did: In June of 2017, Trump directed his former campaign manager, Corey Lewandowski, to ask Attorney General Jeff Sessions to publicly announce that the investigation was “very unfair” to Trump and said that, despite his recusal from oversight of it, Sessions should limit the investigation to cover future election interference only. Sessions ultimately did not get the message.

What Mueller wrote: “On June 19, 2017, the President met one-on-one with Corey Lewandowski in the Oval Office and dictated a message to be delivered to Attorney General Sessions that would have had the effect of limiting the investigation to future election interference only.”

Why it matters: Again, the president is not supposed to intervene with the Department of Justice on specific investigations, much less one that involves him.

Trump asked Sessions to un-recuse himself from the Russia investigation

What he did: In the weeks after Mueller was appointed, Trump called Sessions at home and asked him to reverse his recusal from the Russia probe and investigate Hillary Clinton. He pressured him on other occasions as well. Sessions did not.

What Mueller wrote: “According to Sessions, the President asked him to reverse his recusal so that Sessions could direct the Department of Justice to investigate and prosecute Hillary Clinton, and the ‘gist’ of the conversation was that the President wanted Sessions to unrecuse from ‘all of it,’ including the Special Counsel’s Russia investigation.”

Why it matters: Again, the President is not supposed to get involved in specific investigations, much less one that involves him.

White House Chief of Staff Reince Priebus listens during a meeting with county sheriffs in the Roosevelt Room of the White House in Washington, DC on, Feb. 07, 2017.
Jabin Botsford—The Washington Post/Getty Images

What he did: In July of 2017, Trump told White House Chief of Staff Reince Priebus that he needed to a letter of resignation from Sessions on his desk immediately and that Sessions had “no choice.” Priebus stalled and later talked Trump out of it.

What Mueller wrote: “While aboard Marine One on the way to Norfolk, Virginia, the President told Priebus that he had to get Sessions to resign immediately. The President said the country had lost confidence in Sessions and the negative publicity was not tolerable.”

Why it matters: Priebus later said that he believed Trump wanted to fire Sessions because of his recusal from the Russia investigation.

Trump dictated a misleading statement on the Trump Tower meeting

Donald Trump Jr. arrives at Trump Tower on January 18, 2017 in New York City. President-elect Donald Trump is to be sworn in as the 45th President of the United States on January 20.
John Moore—Getty Images

What he did: Returning from a G20 summit on Air Force One in July of 2017, Trump dictated a statement on behalf of Donald Trump Jr. to the New York Times about a pre-election meeting in Trump Tower with a Kremlin-connected lawyer.

What Mueller wrote: “The President rejected Trump Jr.’s draft statement that would have acknowledged that the meeting was with ‘an individual who I was told might have information helpful to the campaign.’ The President then dictated a statement to (White House spokeswoman Hope) Hicks that said the meeting was about Russian adoption.”

Why it matters: Mueller noted that although he dictated the misleading statement, Trump did not prevent emails about the meeting from being provided to the grand jury.

What he did: In June of 2017, Trump called White House lawyer Don McGahn at home and directed him to have Mueller fired as special counsel. McGahn threatened to resign and Trump backed down. Trump later ordered McGahn to deny that he had tried to fire Mueller. Mcgann refused.

What Mueller wrote: “McGahn recalled that the President called him at home twice and on both occasions directed him to call Rosenstein and say that Mueller had conflicts that precluded him from serving as Special Counsel.”

Why it matters: The President is not supposed to intervene in investigations directly involving himself.

What he did: Shortly before Trump’s former personal lawyer, Michael Cohen, was set to testify to Congress in 2019, the President insinuated in an interview with Fox News and a tweet that Cohen’s father-in-law might be at risk of legal problems. Cohen postponed his testimony.

What Mueller wrote: “The evidence concerning this sequence of events could support an inference that the President used inducements in the form of positive messages to get Cohen not to cooperate, and then turned to attacks and intimidation to deter the provision of information or undermine Cohen’s credibility once Cohen began cooperating.”

Why it matters: Trump was essentially threatening a witness in a federal investigation into him, in part by suggesting that his family could face criminal investigations of its own. 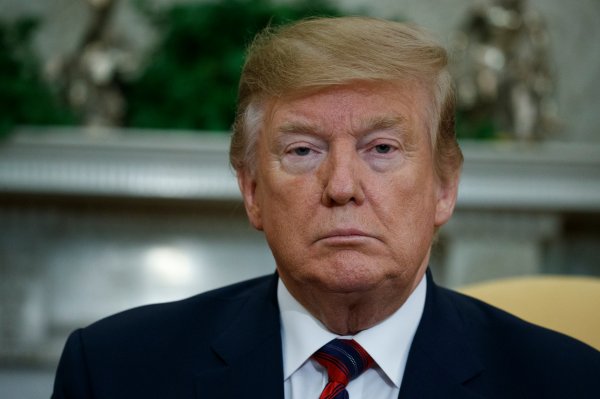 No Charges, but No Exoneration
Next Up: Editor's Pick