As is her practice, Beyoncé re-affirmed her dominance as Queen Bey, the greatest living performer, when she released not only her Netflix documentary, Homecoming but an surprise accompanying live album on Wednesday.

The documentary, which charts Beyoncé’s process of creating and performing her iconic headlining set at the 2018 Coachella Festival, resulted in not only the rapture of the Internet, Beyhive and casual fans alike, but in the emergence of a perfect exit strategy for those who are looking to leave a social situation early.

In a relatable moment in the documentary, Beyoncé announces, that like mother all around the world, she, too, must go home to her family.

“I gotta go home to my fifty-eleven children,” she jokes (for the record, Beyoncé has three children, but if you count the Bey Hive, 5011 is not far off.)

This sentiment won the hearts of the Internet, who wasted no time in taking to Twitter with their thoughts on the phrase and their intention to start using it as part of their daily lives. 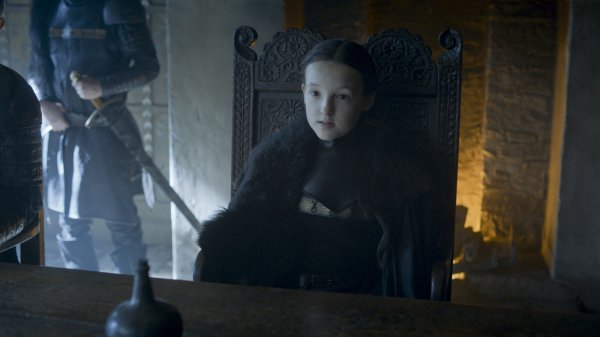 Of Course the Actor Who Plays Lyanna Mormont on Game of Thrones Is Just As Ferocious in Real Life
Next Up: Editor's Pick