Saying goodbye to your pet dog is extremely difficult. So it must have been hard for this man to prepare for the worst, only to be informed the vet’s assertion it was time to say goodbye was a “false alarm” after all.

Such was the sad tale for the owners of this adorable male golden doodle. As explained by the pet owner’s son, writer Franklin Hardy, on Twitter, the vet called to say the dog needed to be put down. But, no need to come into the office, the doctor said: He’d do the deed at their home.

“My dad dug the dog’s grave and let the dog watch,” Hardy wrote.

But it was all for naught when the vet realized he’d made a mistake after all. “Then the vet came and checked the dog and said it was a false alarm,” he wrote along with photos of the pup alongside his intended grave.

Naturally, people were worried for the welfare of this pooch. But let this photo of the stoic animal be a comfort. “My dad says the dog is doing ‘famously,'” he wrote.

Some of the replies to the tweet were as comical as the scenario itself. 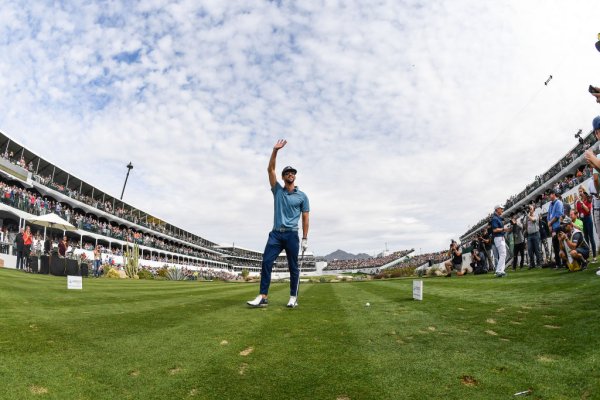 Michael Phelps Explains That Photo of His Hilariously Intense Stare He Made Right Behind Tiger Woods
Next Up: Editor's Pick