Among the more revealing anecdotes outlined in the recently released Mueller report was a description of President Donald Trump’s reaction to the appointment of a special counsel in May 2017.

“Oh my God. This is the terrible,” the President said, according to notes written by Jody Hunt, the chief of staff of then-Attorney General Jeff Sessions. “This is the end of my Presidency. I’m f-cked.”

According to the Mueller report, Trump’s reaction was a direct response to hearing that Special Counsel Robert Mueller had been appointed by then-Acting Attorney General Rod Rosenstein to investigate Russian interference in the 2016 presidential election.

That sharp response seems to come directly at odds with the President’s repeated subsequent dismissals of the Special Counsel investigation, which he has derided as a “witch hunt,” while also claiming that he has “nothing to hide.”

In the report’s description of the May 2017 incident, the President went on to dress down Attorney General Jeff Sessions for his decision to recuse himself from the investigation. The President demanded, “How could you let this happen, Jeff?” and said that the Attorney General had “let [him] down,” according to the report.

Sessions himself also recalled the Trump saying to him “you were supposed to protect me” or something to that effect, according to the report.

Trump also lamented the consequences of the special counsel’s appointment for his presidency, saying, “Everyone tells me if you get one of these independent counsels it ruins your presidency. It takes years and years and I won’t be able to do anything. This is the worst thing that ever happened to me.” 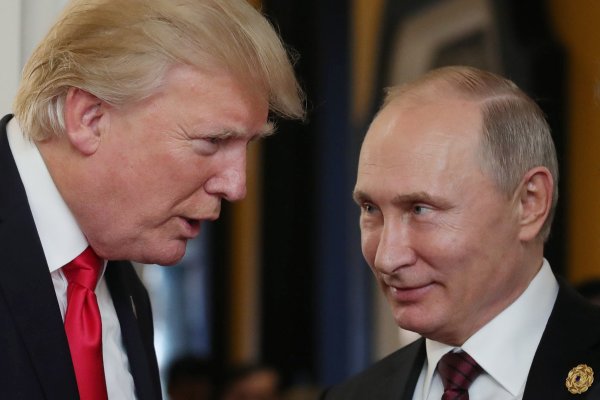 Here's What We Know So Far About Russia's 2016 Meddling
Next Up: Editor's Pick