Here's How to Read the Redacted Mueller Report

Less than a month after Special Counsel Robert Mueller wrapped up a nearly two-year investigation, Americans today can read Mueller’s report on Russian interference in the 2016 presidential election — minus the portions redacted by the Attorney General William Barr’s Department of Justice, that is.

The almost 400-page report, which covers the special counsel’s findings on Russian interference and whether President Donald Trump obstructed justice, was publicly released after Barr held a press conference Thursday morning, during which he defended Trump.

There are a number of different ways to read the redacted version of the report. Here’s how you can read the findings yourself:

Directly from the Department of Justice:

The most direct way to see the Mueller report is to visit the special counsel’s website, which posted the redacted report after it was delivered to Congress on Thursday morning. The website also contains links to other documents related to the special counsel investigation, including Roger Stone’s indictment and Michael Cohen’s plea agreement.

Barnes & Noble is offering free downloads of the redacted Mueller report on its website. Those using the retailer’s NOOK library can have the report automatically downloaded to their computer, tablet or e-reader.

Amazon is also offering downloads of the full Mueller report to its Kindle reading app, though these e-book versions will cost between $1.49 and $8. Some include include introductions by various figures. Amazon’s current top-seller is prefaced with an essay by Alan Dershowitz, well-known Trump supporter, civil liberties lawyer and an emeritus professor at Harvard Law School.

Wait for a Copy in Print:

For those who would rather wait and read the report in print, both Barnes & Noble and Amazon will release paperback editions of the full report, which are available for pre-order. Both Amazon and Barnes & Noble say that the print edition of the report will be available as soon as possible after the Department of Justice releases it. Target is also offering a print edition of the report, which it plans to release soon after the DOJ’s publication. The most popular version of that report will be retailing in print for $9.20 from all three venders. 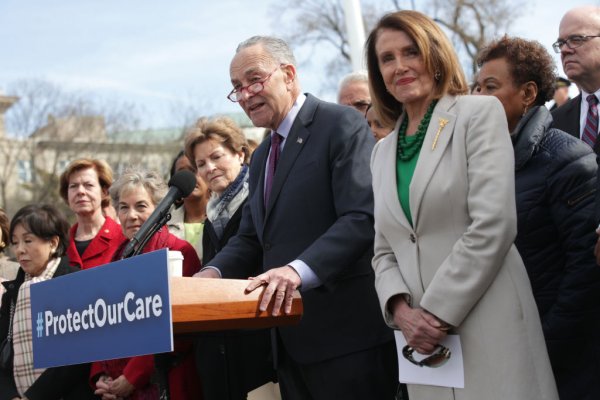 Top Democrats Call on Robert Mueller to Testify Before Congress
Next Up: Editor's Pick