Diver Josh Bratchley Helped Save the Thai Soccer Team. Now He's Been Rescued from an Underwater Cave Himself

Josh Bratchley, one of the British divers who helped save the Thai cave schoolboys, who became the focus of a similar rescue mission - but only wanted pizza when he was retrieved after 28 hours trapped underground in a photo on Oct. 29, 2018.
Steve Parsons—AP
By Amy Gunia

A British diver, who helped rescue the Thai soccer team trapped in a cave for more than two weeks last year, was himself rescued from an underwater cave in Tennessee on Wednesday night, after being stranded for more than a day.

The man, Josh Bratchley, was rescued from the Mill Pond Cave system near Gainesboro in Jackson County, about 65 miles northeast of Nashville, by Edd Sorenson, a technical cave diver from Florida, who is well-known for participating in several high-profile cave rescues, according to NBC News.

Bratchley was appointed a Member of the British Empire for this role in the Thailand rescue operation. International divers were called in to help after 12 boys and their soccer coach became trapped while exploring an underwater cave system after soccer practice. They were eventually rescued after being stuck underground for more than two weeks.

Experts say that Bratchley’s experience may have saved his life.

Read More:Thai Soccer Team Describes How They Survived by Drinking Water From Stalactites While Trapped in Cave

“He did not panic. Most of everything he did today was in his head, and he controlled that very, very well,” said Lt. Brian Krebs, a cave rescue specialist for the Chattanooga Hamilton County Rescue Service, according to NBC.

The diver had been exploring the cave system with a small group of British divers, but Bratchley became separated from the group sometime on Tuesday afternoon, according to NBC. The other divers initially looked for Bratchley themselves, but called 911 when they could not find him.

Bratchley is in good condition and refused medical treatment, says NBC, which reports that the rescued diver had just one request when he got out: pizza. 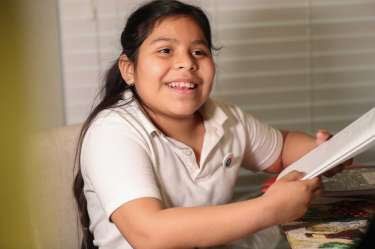 Judge Halts Deportation of 11-Year-Old Girl Who Was Ordered to Leave Without Her Family
Next Up: Editor's Pick