The Royal Thai Navy plans to remove a house built on a platform 12 miles off the coast of Phuket according to the Bangkok Post.

American Chad Elwartowski and his Thai partner Supranee Thepdet, also known as Nadia Summergirl, were reportedly living in the house, built by Ocean Builders, to promote the concept of “seasteading.”

“Seasteading is the concept of creating permanent dwellings at sea, called seasteads, outside the territory claimed by any government,” says the company on its website.

In a promotional video posted to YouTube in March, Elwartowski toasts his partner with champagne on the roof of their ocean dwelling. He says 20 more floating homes are planned so others can join them in a libertarian-style community that they believe will be beyond legal jurisdictions.

Governments “have a monopoly on land but they don’t have a monopoly at sea,” Elwartowski says in the video. “We’re looking forward to freedom-loving people to come join us out on the open ocean.”

In an earlier video, he says international waters are “where there are no laws other than the law of the sea.”

But Thai authorities have a different view. They have filed a compliant, accusing the couple of breaching a section of the country’s criminal code that relates to threatening the sovereignty of a state, and erosion of a state’s independence, according to the Post. The charges carry the death penalty.

“We have already prepared a vessel, equipment and manpower to move the structure. We will try to move it within a week’’ a Thai vice-admiral told the newspaper.

Elwartowski says the couple are now in hiding. “This is ridiculous. We lived on a floating house boat for a few weeks and now Thailand wants us killed,” he said on his Facebook page.

He told TIME by email that he and his partner “have no claim to the home. It was never ours, we just lived there and promoted it.” 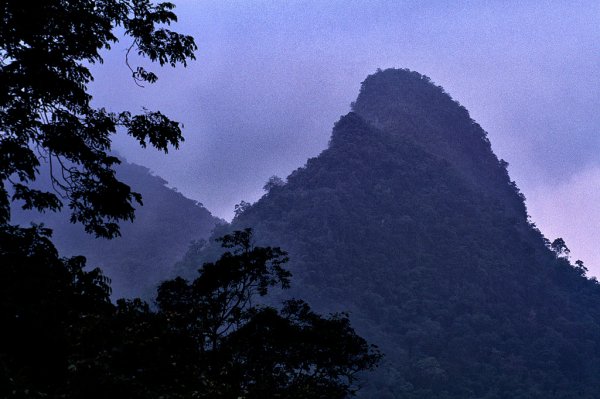 Canadian Tourist Dies in Thailand After Plunging From Zipline
Next Up: Editor's Pick