By Tara Law and Katie Reilly

Several school districts in Colorado shut down on Wednesday, as authorities continued to search for an armed and “extremely dangerous” woman who made a “credible threat” Tuesday against schools in the Denver area, days before the 20th anniversary of the mass shooting at Columbine High School.

Authorities are searching for Sol Pais, an 18-year-old woman who traveled to Colorado from Miami on Monday night, obtained a pump-action shotgun and ammunition, and “made threats in the Denver metropolitan area,” the Jefferson County Sheriff’s Office said in a Facebook post on Tuesday.

“She has made some concerning comments in the past. She has expressed an infatuation with Columbine and the events, the shooting there that happened tragically 20 years ago. And because of that, we were concerned and we started looking into her actions once she got here,” Denver FBI Chief Dean Phillips said during a press conference Tuesday. “Because of her comments and actions, because of her travel here to the state, because of her procurement of a weapon immediately upon arriving here, we consider her to be a credible threat certainly to the community and potentially to schools.”

Authorities said Pais was last seen Tuesday near the foothills of Jefferson County, west of Denver, and they said there was no specific threat to any particular school.

“This has become a massive manhunt,” Phillips said.

Schools districts across the Denver metro area were placed on lockout Tuesday due to the threat. The Denver Post reported that over 20 schools were affected. Under lockout procedure, students are gathered inside of their school in order to protect them from a threat that is believed to be outside the building.

Some schools released their students after additional security was called in and canceled evening activities or moved them inside.

Twelve students and one teacher were killed at Columbine High School on April 20, 1999 by a pair of students, who also wounded 24 others before killing themselves. The massacre was the deadliest school shooting in American history at the time. It has been followed by many others, including some that are believed to have been copycat attacks.

In the years since the massacre, the shooting has become a grim obsession for people known as “Columbiners,” and the school continues to receive threats.

“We take these threats seriously. It’s certainly not the first threat that we’ve had that involves Columbine High School or references it,” Jefferson County Sheriff Jeff Shrader said Tuesday. “I know that this opens a wound, especially on an anniversary week, for those families who were most deeply impacted by this.”

Hours before the threat emerged on Tuesday, 2020 presidential candidate and former Colorado Gov. John Hickenlooper met with survivors of mass shootings and victims’ family members to commemorate the anniversary of the tragedy. 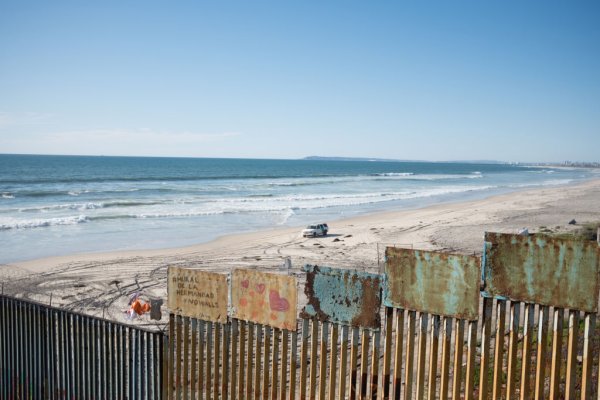