ICE Deported a U.S. Veteran's Widower Before a Judge Reversed the Order

The widower of a U.S. veteran was briefly deported from Arizona and taken away from his daughter recently, before the order was reversed.

Gonzalez Carranza was deported to Mexico early on the morning of April 11. Carranza’s wife, Army Pfc. Barbara Vieyra, died in combat in Afghanistan in 2010 when she was 22-years-old, the Arizona Republic reported. The couple’s 12-year-old daughter stayed with her grandparents after her father was deported.

Carranza told the Republic that he moved to the United States from Veracruz, Mexico in 2004, and married his wife in 2007. After his wife’s death, he was granted a “parole in place,” a program that enables military families who have come to the country illegally to stay in the U.S. temporarily.

ICE refiled Carranza’s case in 2018, and a judge ordered Carranza’s deportation in 2018 after he failed to appear at a hearing, Carranza’s attorney Ezequiel Hernandez told the Republic. Hernandez said that Carranza never received a notice about the hearing.

Carranza didn’t find out that a judge had ordered his deportation until he was arrested while traveling to a welding job on April 8. He was deported to Nogales, Mexico, three days later.

A judge ultimately reversed the immigration order, and Carranza was allowed to return home on Monday. Arizona Gov. Doug Ducey, however, said that the case went too far.

Ducey, a Republican who has largely backed President Donald Trump’s tough stance on border security, said in an interview on the show Good Morning Arizona that he is bothered by the deportation of Carranza. Ducey says that it’s “not right.”

“I’m glad that the authorities finally found the facts and, I believe, have reversed their decision. But when someone has served and sacrificed so much for our country, this should have never happened,” Ducey said. 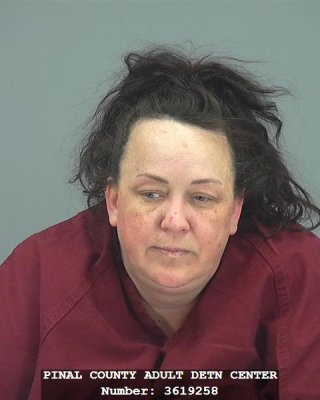 Arizona Mother Accused of Abusing 7 Adopted Children Who Appeared on YouTube Series
Next Up: Editor's Pick