Taylor Swift and Khalid will perform at the 2019 TIME 100 gala tonight on April 23, a celebration of TIME’s annual list of the world’s 100 most influential people.

Fresh off her record-breaking Reputation stadium tour and at the precipice of her next creative era, Swift spent the year continuing to earn acclaim. “Taylor makes the job of creating music for millions of people look easy,” fellow pop star Shawn Mendes wrote in a tribute to Swift for the TIME 100 issue. “It all comes from her — her belief in magic and love, and her ability to be as honest and raw as possible. She’s the master of putting the perfect amount of thought into not overthinking, and that’s why her music connects so well.”

Khalid, who was nominated for five Grammys, including Best New Artist, last year, recently hit No. 1 on the Billboard 200 with his sophomore album, Free Spirit. Alicia Keys, who says she was first introduced to Khalid through his 2016 debut single, “Location,” says the 21-year-old singer-songwriter is “totally unique.”

“He’s a beautiful writer with the ability to take human concepts and make you understand and feel them,” Keys wrote. “He has a full, powerful voice that is somehow unassuming and smooth at the same time. He’s accessible—almost like you’ve met somebody like him before, although there’s nobody else like him.”

Both Swift and Khalid are named on this year’s TIME 100 list. They follow in the footsteps of Jennifer Lopez and Shawn Mendes, who brought down the house at last year’s gala. 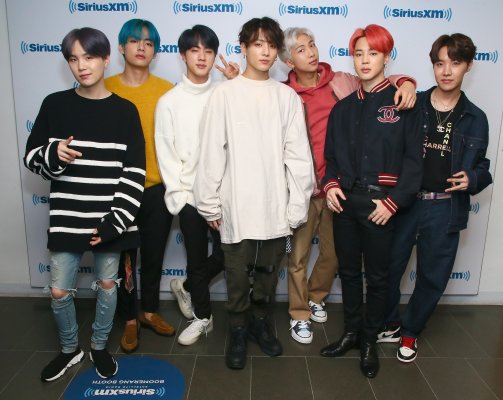