It’s Been Over 300 Days Since a Pentagon Press Briefing. That Should Concern All Americans — Including the Military

From left, Assistant Secretary of Defense for International Security Affairs Robert S. Karem, Marine Gen. Thomas D. Waldhauser and Army Maj. Gen. Roger L. Cloutier are seen through a television camera viewfinder while briefing members of the media at the Pentagon, May 10, 2018.
Pablo Martinez Monsivais—AP
Ideas
By James Stavridis
Admiral Stavridis (Ret.), a TIME Contributing Editor, was the 16th Supreme Allied Commander at NATO and is Vice Chair, Global Affairs at The Carlyle Group and Chair of the Board of the Rockefeller Foundation. He is the co-author of 2034: A Novel of the Next World War. His new nonfiction book is To Risk It All: Nine Conflicts and the Crucible of Decision

For about six months now, White House Press Secretary Sarah Huckabee Sanders has used her briefing room so little that officials might as well turn it back into the swimming pool it was more than a half century ago. But she’s not the only one who has abandoned this post. Apparently taking the lead from the White House, the Pentagon has gone more than 300 days since the last time an official spokesperson stood up and gave an on-camera briefing to the press. This is a critical failure by the Department of Defense, which should be able and willing to explain to taxpayers what they are doing with the nearly $700 billion that they are entrusted with each year.

Increasingly, under the guise of security, defense officials have been close-mouthed — not just failing to show up at the briefing room lectern but even refusing to confirm the identity of senior officials given prominent assignments for fear of cyber attacks. All of this is in keeping with President Trump’s penchant for “surprise,” and while we of course want to avoid revealing the nation’s secrets, the system is tightening up to excess. Moreover, there seems to be a growing notion that dealing with the media is an annoyance, and the public should simply trust the government.

Based on my seven years as a four-star commander leading operations in two very distinct global theaters, this runs counter to good strategy, operations and tactics. We need to think about the advantages of our government leaders — especially our military and intelligence teams — having an open stance toward the press.

First and most obviously, we ought to set an example of integrity, honesty and accountability for both within and beyond our government. Given the importance of the military’s life-or-death missions, and its longstanding traditions of duty and honor, it is Defense’s duty to lead the way. It can set that example best by being forthcoming when queried, admitting when we make mistakes and demonstrating the ability to recover, even as we have an appropriate level of accountability. The Navy’s handling of the two major collisions in 2017 — enforcing ruthless accountability by firing much of the chain of command up to the most senior admirals, while providing a transparent process throughout — is a fairly good example of this, but it is becoming more the exception than the rule.

Second, we should also use our open press briefings for key strategic communications to our own public and the international community. When NATO was asked by the U.N. Security Council to lead the intervention in Libya to stop Muammar Gaddafi from massacring his people in 2011, while I was a Supreme Allied Commander at NATO, we needed to explain the legitimacy of our actions — from implementing a naval blockade of the Libyan coastline to launching highly precise air strikes with an absolute minimum of collateral damage. To do this, we gave briefings at every level of the campaign and used social media to outline our actions, and we were very open with the press after each strike. Not allowing our defense forces to explain our actions over time will sow mistrust globally and within the United States. Think of the war in Vietnam, when the misrepresentation of the Gulf of Tonkin and the falsified “body counts” broken the faith of the American people. That lack of transparency took decades to repair.

A third key reason to a more open stance is to help the public see the human face of the military. When the Chairman of the Joint Chiefs of Staff, Admiral Mike Mullen, would appear on late-night talk shows in uniform with an appropriate message but an evident sense of humor, it did wonders to help the public see the military in a positive light. Likewise, having our Secretaries of Defense — such as Robert Gates and Leon Panetta — appear on the Sunday talk shows provided valuable context to the public. Compare that with today’s acting Secretary of Defense, who keeps a very low profile indeed. Helping the public understand the military and security issues at play is the best way to reduce the far-too-wide gap between civilians and the military in a nation where less than .5% of the population is serving in uniform. If the gap were to widen, we could, again, return to an era of broken faith and trust in the military.

Fourth and finally, engaging with the media can send a strong signal to our opponents. Without in any way revealing secrets, it is possible to engage with the global media to showcase U.S. military capability from the Arctic to the mountains of Afghanistan to the missile defense systems in Eastern Europe. All that helps create real deterrence by giving potential enemies pause. It also encourages our allies to stay on our team. While some of this kind of media engagement still goes on (largely due to local commanders choosing to participate), the signal from Washington to stand down on regular contact with the media is rising. Over time, we will lose this valuable channel to show our military prowess to potential opponents and allies alike.

Government officials need to know that they will have to face the media on a regular basis. That reality will cause them to be cautious and judicious in wielding the tremendous power they hold. Media engagement can be painful at times, and it will create some missteps and miscommunications. But the benefits outweigh the costs. We need to see our civilian Secretaries, Admirals, Generals and senior intelligence professionals at the podium again — now and often. 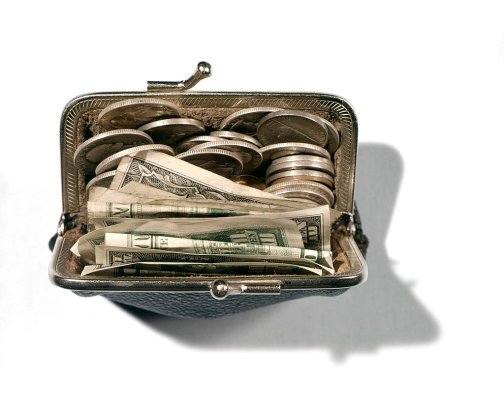 Everyone's Talking About Basic Income. Here Are 8 Problems It Could Fix
Next Up: Editor's Pick